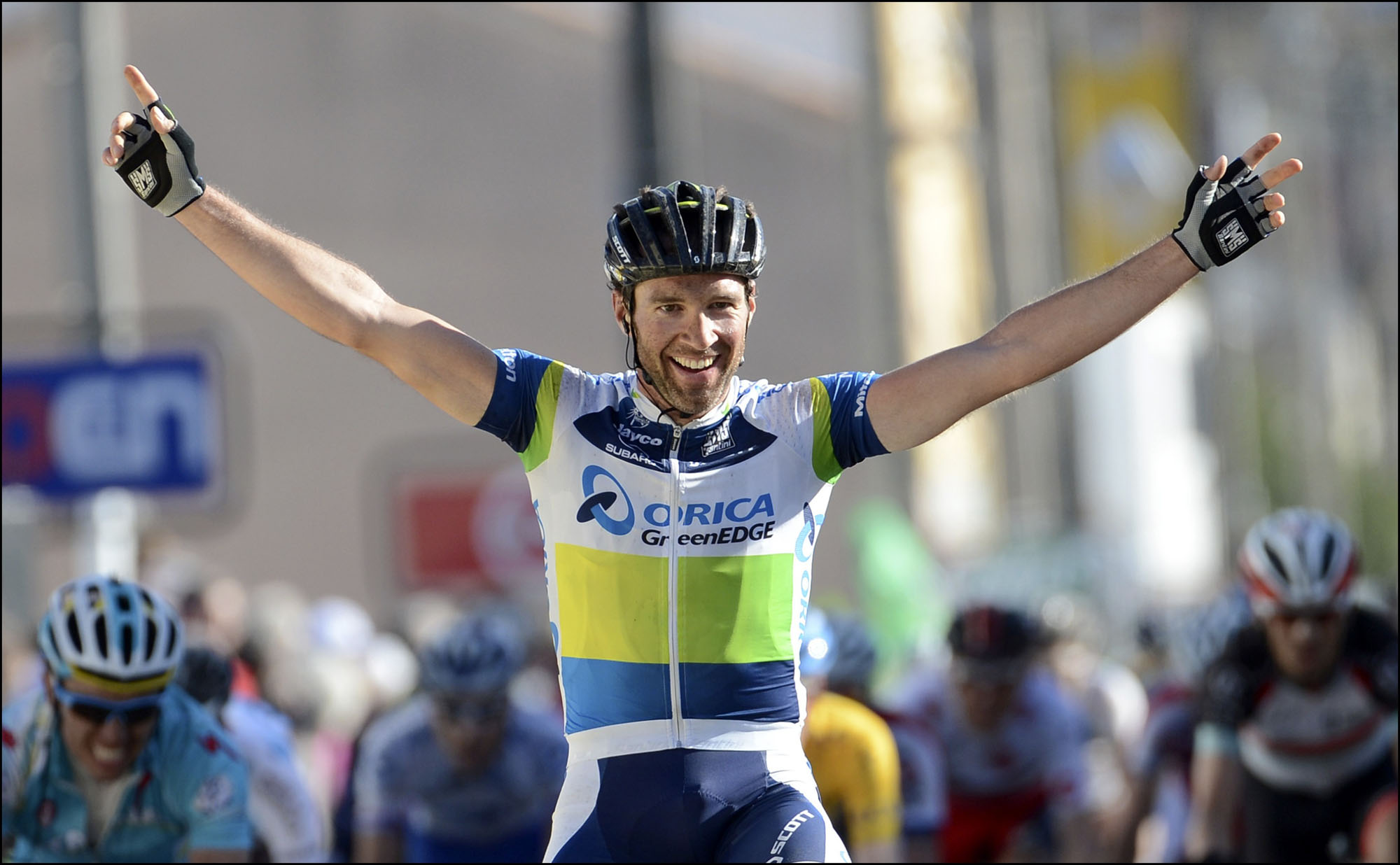 Michael Albasini won stage 1 of this year’s Tour de Romandie in Sion, Switzerland today, in a bunch sprint after after a long-range attack by Vincenzo Nibali fell short.

“I had two, three guys in front of me. I knew one of them was going to go nervous and chase him ,” said Albasini. “I just waited and timed my sprint well.”

Meanwhile, Jésus Herrada finished in second place, with Ramunas Navardauskas rounding out the podium in third.

Today’s 203 kilometer stage from Ascona to Sion was shortened to just 88 kilometers, as a result of severe weather that threatened rider’s safety.

However, during the category 2 climb of the Lens, the three escapees soon began to fade away. This gave the signal to Nibali to breakaway on the descent – inside the final 20 kilometers.

With 9 kilometers remaining, Andrew Talansky (Garmin-Sharp) and Nicolas Roche attempted to bridge themselves to the Italian rider, only to be reeled back in by the peloton. From there, Thomas Voeckler tried an attack of his own, However, the French was quickly reeled in as well.

With 7 kilometers remaining, Nibali was still holding a 25 second advantage over the chase. A further 3 kilometers later, his lead was reduced to a mere 13 seconds.

Back in the peloton, a group of Astana riders began lining up behind  Rigoberto Urán, hoping the Colombian climber would take over the duties of the chase in preservation of his teammate and race leader  Kwiatkowski. However, Urán instead waved Garmin Sharp’s Tom Danielson to the fore in order to take over the pace setting in the final 2 kilometers.

At one point, Tony Martin initiated a surged from the ranks of the chase group, bringing Rohan Dennis along with him. But, with 1.3 kilometers remaining, both riders were absorbed back into the group.

Voeckler tried another attack inside the final kilometer – briefly enjoying a slight lead. However, Dennis quickly closed down on the French rider.

From there, Albasini capitalized on Dennis’ impetus, which proved to be enough for the Swiss rider to power his way to victory in the closing 150 meters.

Meanwhile, Michal Kwiatkowski managed to defend his overall lead in the GC – with a 5 second advantage over today’s stage winner.

The Tour de Romandie continues tomorrow with a 166 kilometer stage from Sion to Montreux. Tomorrow’s route includes two category 3 climbs, as well as an uncategorized "ramp" in the final 5 kilometers.