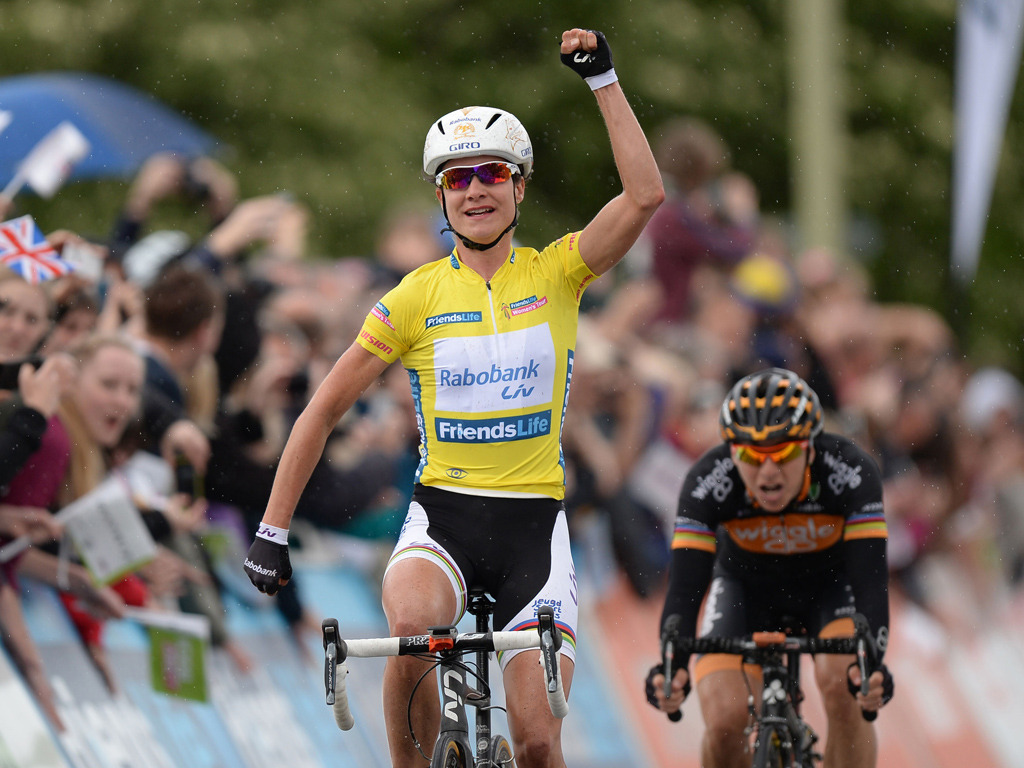 The Dutch rider claimed a third successive stage victory on the fifth and final day to seal overall victory in front of a large crowd in Bury St Edmunds.

Vos succeeded in picking up an additional 10 seconds in time bonuses during today’s 108 kilometer stage – to triumph over her rivals by 30 seconds.

In addition to winning the overall title, Vos also claimed the points classification title, while Australian Sharon Laws was awarded the "Queen of the Mountains" jersey, and Ratto won the best young rider’s jersey.