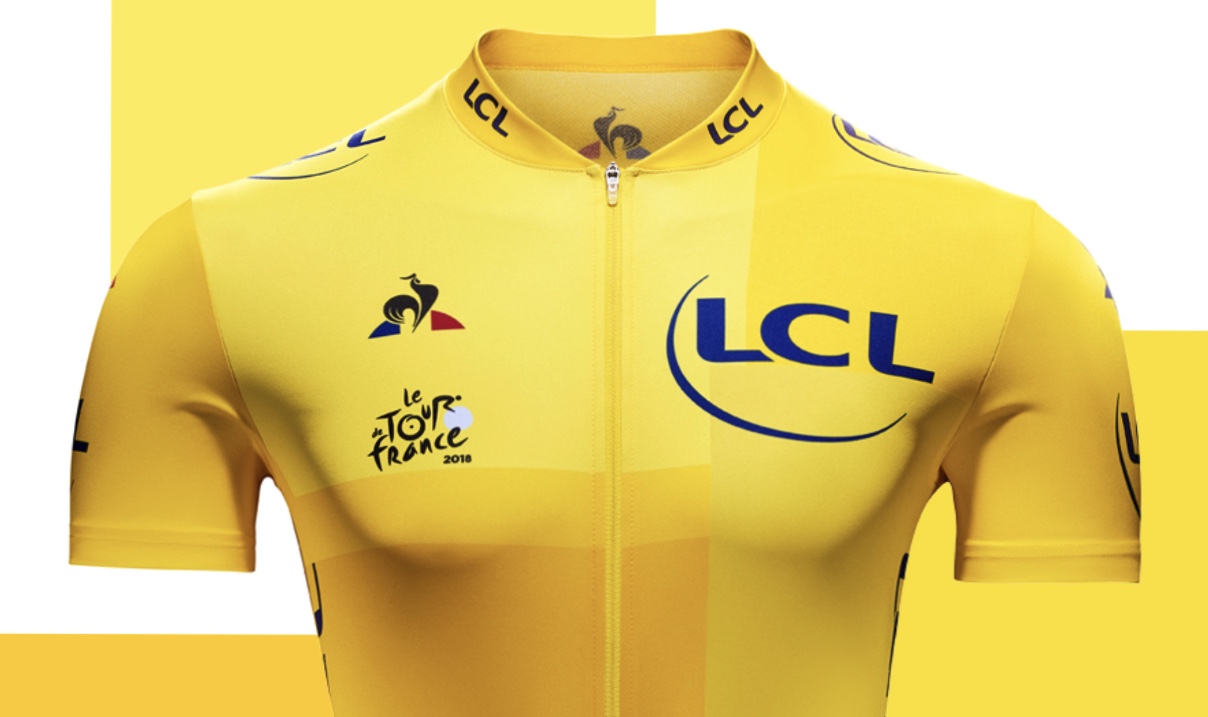 Designed in partnership with Le Coq Sportif, who replaces Nike this year, the jerseys feature uniquely shaded “panels” in order to give them a more geometric look.

Once again, the traditional “mock-neck” collar of the jersey has been removed, instead opting for a more modern “v” style, while the long-standing sponsors for each category jersey has remained the same.

For instance, LCL will remain the proud sponsor yellow jersey, while the green, polka dot and white jerseys will continue their association with Skoda, Carrefour and Krys respectively.

For this 2018 edition, the four leader jerseys incorporate a reference to the past. Their design is inspired by a mythical Tour de France jersey – the combination jersey –, which made its first appearance in 1968. It rewarded the best all-rounder, the rider most at ease on every terrain.

Mondrian-style pattern of the different leader jerseys first appeared on this jersey in 1985. It is this structure which creates the common theme of the visual construction of these four jerseys. So, the one for the leader of the general classification in 2018 comes in shades of yellow.

The different mythical Tour de France jerseys were carefully designed in the workshops in Romilly-sur-Seine by le coq sportif, before being developed in Europe. The brand’s know-how and long-standing relationship with cycling and the Tour de France allows it to meet the technical requirements of the cyclists, to offer them a technical kit just like a second skin, adapted to both their physical exertion and their movements.

Thanks to the fits and fabrics which have been selected specifically, like elastane, silicone and polyurethane, cyclists can enjoy a perfect fit and guaranteed aerodynamics. Comfort and breathability have also been meticulously taken care of thanks to mesh inserts.