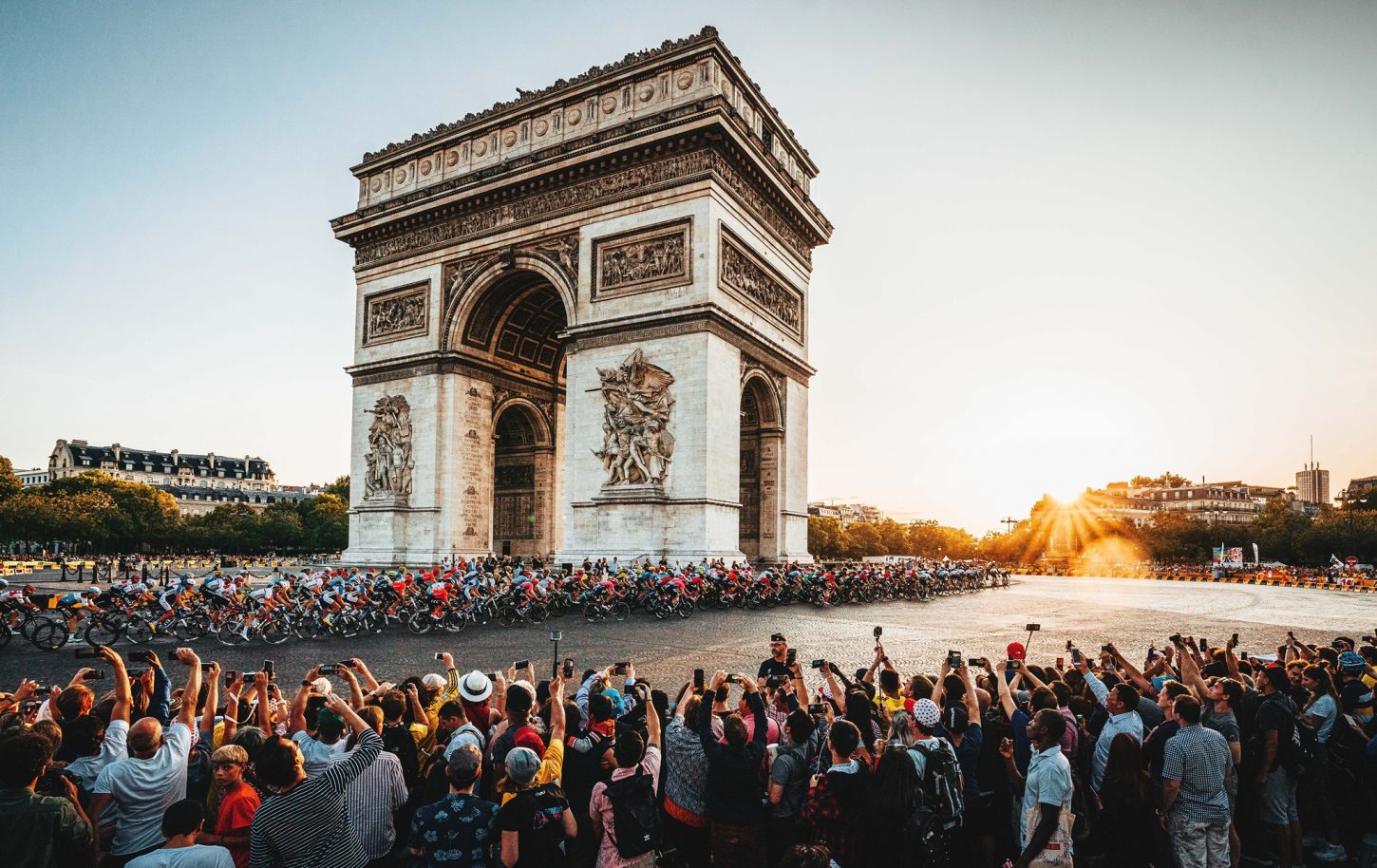 Race organizers for the Tour de France unveiled the details of next year’s French Grand Tour, which undoubtedly favors the climbers.

The 2020 route will feature its first mountain stage on day two, and only one time trial on the eve of the final parade on the Champs Elysees.

Defending champion Egan Bernal and his Ineos teammates, along with their four-time champion Chris Froome, were among those at today’s presentation at the Palais des Congres in Paris.

Julian Alaphilippe, who lit up this year’s race, and France’s two main hopes for that long-awaited overall victory, Pinot and Romain Bardet were also present.

Six summit finishes among the 29 categorized climbs further highlight the 107th edition of the race, with Stage 20 being the only stage that pits the riders against the clock, while contrary to rumors neither Alpe d’Huez nor Mont Ventoux will feature.

Additionally, the Grand Depart in Nice will see back-to-back stages both starting and finishing in the Riviera city, the first likely to end in a bunch sprint, while second stage contain two challenging climbs along the coastal Alps.

Stage 3 also departs from Nice, and finishes in Sisteron, setting the stage for another showdown amongst the sprinters.

Stage 4 features the first summit finish at Orcières-Merlette, as well as Stage 6 that culminates atop the Mont Aigoual.

There are just two stages in the Pyrenees, Stages 8 and 9 that finish ahead of the first rest day. Two flat stages follow for there, which take in the Ile d’Oleron and the Ile de Re along the Atlantic Coast.

Stage 13 sees a summit finish on the Puy Mary in the Massif Central, while just two days later the riders face the Grand Colombier in the Jura mountains before the second rest day.

Racing resumes with a trio of mountain stages as the Tour returns to the Alps, including the Queen Stage on Stage 17, which ends on a new road on the Col de la Loze that reaches 2,304 meters.

Following the final mountain stage, there’s a transitional stage for the sprinters on Stage 19.

Stage 20 will feature an individual time trial ahead of the final leg into Paris, which starts in Monts-la-Jolie that’s approximately 50 kilometers to the west of the French capital.