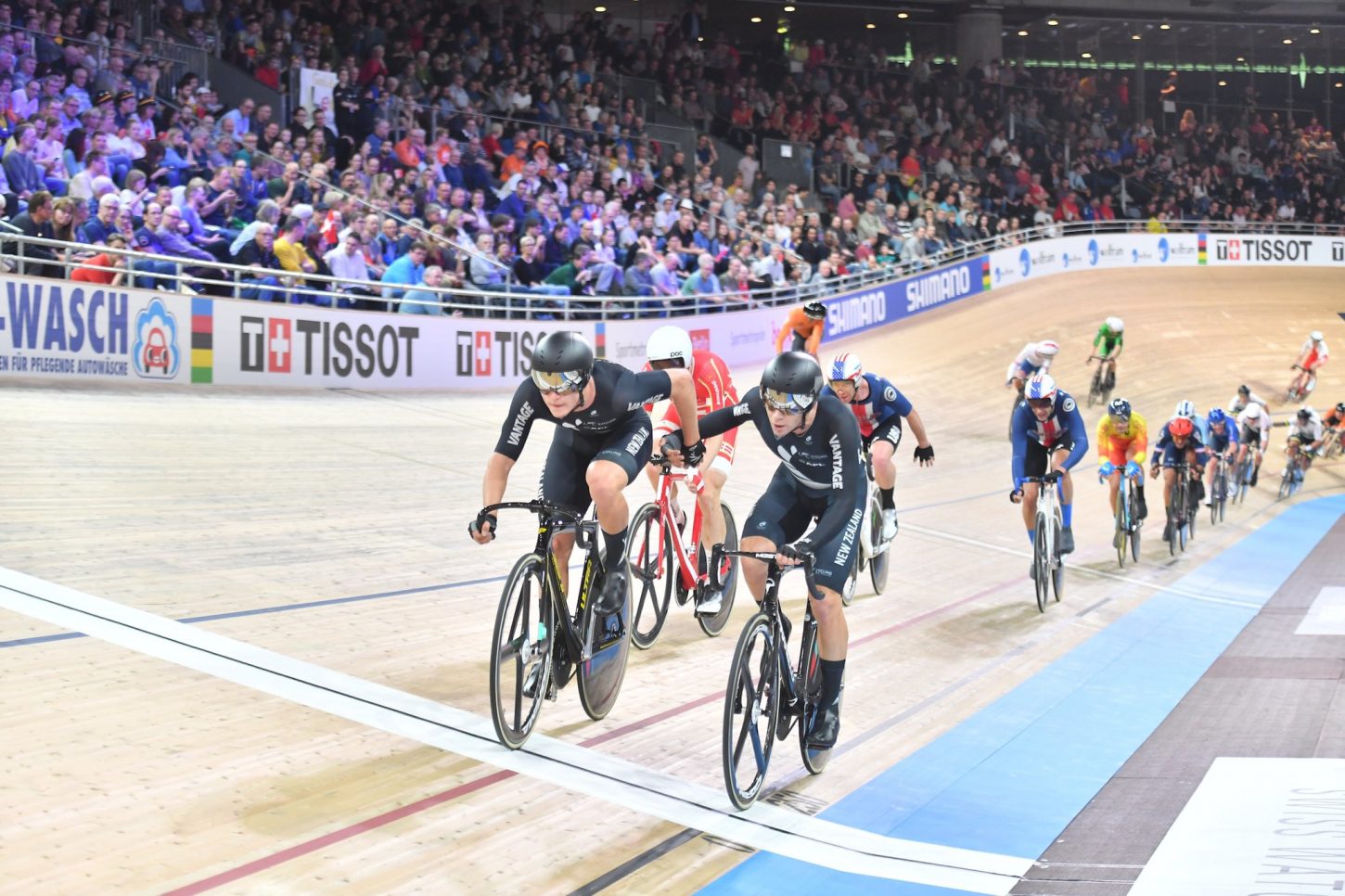 Last weekend’s UCI Track Cycling World Championships saw gold medals for Germany, the Netherlands, USA and France. It means the Netherlands sit on top of the medal table ahead of this week’s conclusive day of action at the velodrome in Berlin, but it was the performances from the collective German women and the record-breaking rides from Dygert that made the day truly special.

The women’s individual pursuit drama started early in the day as USA’s Chloe Dygert (2017 and 2018 individual pursuit UCI World Champion) beat her own world record with the astonishing time of 3:17.283 in qualifying. She took almost 3sec off her old mark, but there was more to come…

There were surely mixed feelings for second-fastest qualifier Lisa Brennauer. Germany’s silver medalist from 2019 hit 3:18.320 – some 1.7sec faster than the old record! – and prepared to face up to Dygert in the gold final. The other two qualifiers were 2019 bronze medalist Lisa Klein and Franziska Brausse, who went head-to-head in an all-Germany bronze final, with 21-year-old Brausse taking the win.

The gold final went the way of the American who led from the start, and pushed the tempo harder and harder to force a comfortable winning margin, with a breathtaking new world record time of 3:16.937. Astonishingly, it wasn’t the time she’d aimed for.

While silver and bronze add to the German collection, it was Dygert who added another gold to her third team pursuit title won on Thursday.

“It was not the time that I wanted, but it’s good to go faster,” said Dygert. “It’s super satisfying to be able to pull it off… I wanted a ‘14’ but conditions, everything else, going into it, there’s no excuse, I just couldn’t do it today.”

The first medals of Saturday were won in the women’s time trial with another wonderful result for the hosts.

The first surprise was the failure of last year’s silver medalist Olena Starikova (Ukraine) and bronze medalist Kaarle McCulloch (Australia) to make it through qualifying. The session was dominated by the German pair of Lea Friedrich (20 years old), just ahead of Pauline Grabosch (22).

In the final, eyebrows were raised when defending champion Daria Shmeleva of Russia set a mark of 33.494, putting her second behind her compatriot Anastasiia Voinova after four riders had gone, and they were both immediately unsettled by Italy’s Miriam Vece (U23 European champion from 2018 – still only 22), then world record holder Jessica Salazar of Mexico.

That left just the two young Germans… and Friedrich turned it on when it again when it mattered. Not a world record time but certainly a world beating time, as the brilliant week for Germany continued.

Like Emma Hinze, Friedrich is part of the team sprint outfit who won gold on Wednesday, and with both women winning individually again, the medal haul for Germany is already beyond expectations.

“It was the ride of my life. I rode so fast,” said Friedrich. “It was so hard for me, the riders are really strong here. I’m really happy to ride to first place and be World Champion.”

The Netherlands pair got off to a strong start scoring early along with the young French pair who took the fight all the way, and Australia who faded and ultimately withdrew.

Of the numerous crashes the one with 92 laps remaining that saw Poland’s Daria Pikulik (bronze medalist in Friday’s Omnium) hitting the deck after a nudge with the Netherlands’ Wild, was hard to watch. A Chinese rider, who had no opportunity to change course, rode across the Pole’s cheekbone. Both were applauded as they remounted.

After another crash with 53 laps to go, the French pair of Marie Le Net and Clara Copponi broke away to set about stealing a lap, picking up sprint points along the way, but despite coming close never quite completed the 20-points lap gain.

Then as Wild took the penultimate sprint, the Dutch tally went to an almost unassailable 32 points. It was a dramatic finish: with double points being awarded for the last sprint, France squeaked through to narrowly beat Italy and secure a silver medal that had seemed to have slipped away from them.

“We’re super happy with this win, it’s really nice to win together,” said Wild. “It’s an event that we trained really hard for, and it makes us really proud to win here.”

Men’s Omnium gold went to Benjamin Thomas of France – 2017 champion and 2019 silver medalist – with a dominant display across the four disciplines.

Thomas took an early win in the Scratch Race as he and Great Britain’s Matthew Walls got away and grabbed an early lap, with Lasse Norman Hansen of Denmark the best of the rest.

In the elimination race Hansen – who was sitting second, with 70 points – was caught out early, as was Christos Volikakis of Greece, and the win went to defending champion Campbell Stewart of New Zealand.

It set up the points race with the top five: Thomas on 112 points and Van Schip (104) fighting for gold and silver, and with Kluge (94), Stewart (92) and Walls (86) fighting for silver. The first two positions went as expected, and the Briton Walls, who gained a lap, spoiled the German party by taking bronze.

But the Frenchman never looked anything other than the winner all day.

We also saw four qualifying rounds of the men’s sprint ahead of tomorrow’s semis and finals with last year’s top three: Harrie Lavreysen and Jeffrey Hoogland of the Netherlands and Poland’s Mateusz Rudyk joined by the ‘Pocket Rocket’, Azizulhasni Awang, the first Malaysian to win a rainbow stripes jersey putting himself in the mix for another. The Dutch pair can’t meet until the final.

That‘s to be decided on the concluding day of racing at the 2020 UCI Track Cycling World Championships. We’ll also see the rainbow jerseys won for the men’s Madison and the women’s keirin and points race