The Book Pedlar Cargo Bike: A Library on Wheels 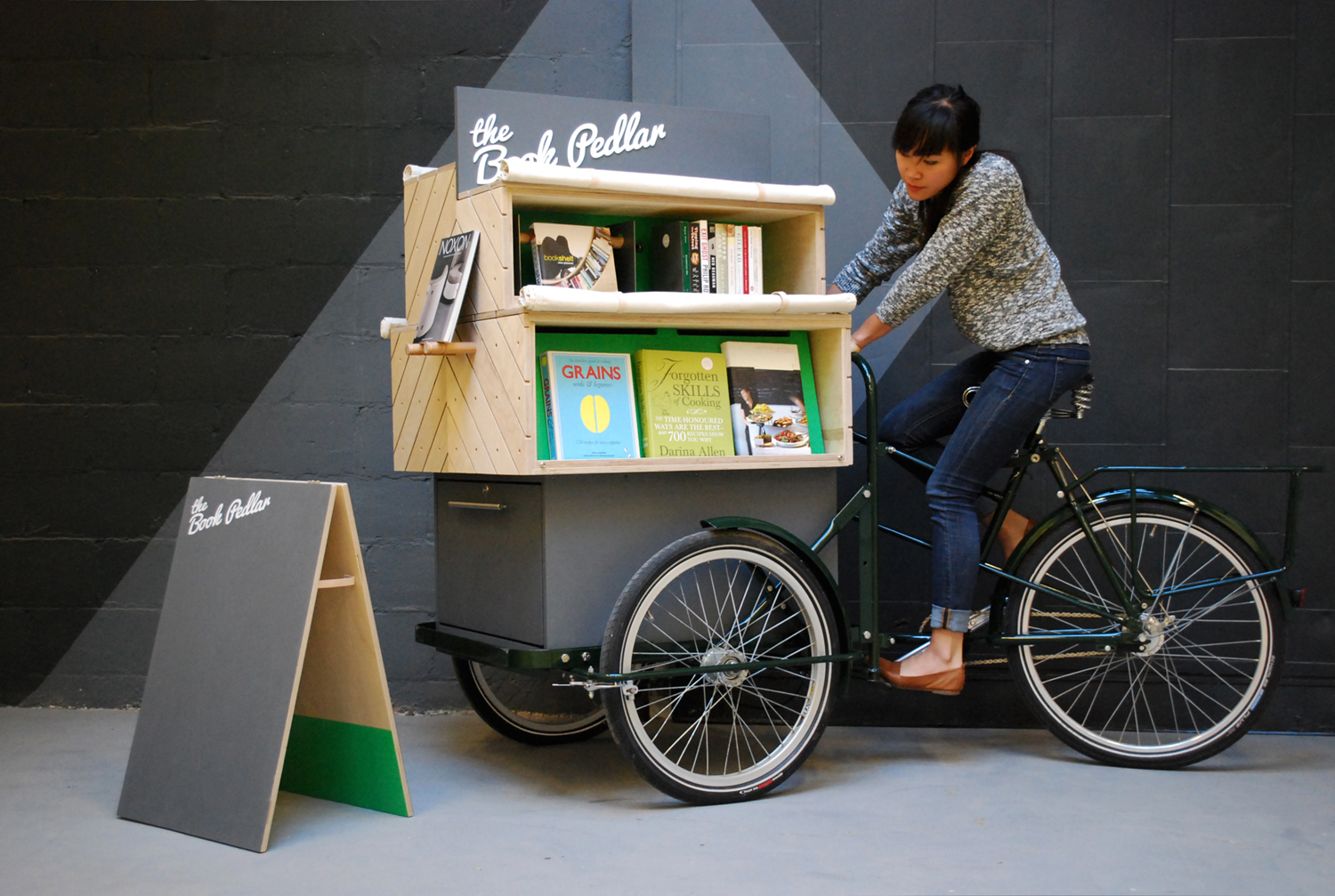 When I was growing up, virtually every public library had what was called a Bookmobile, which was essentially a mini library on wheels that was geared toward increasing literacy by reaching as many people as possible with books – especially kids.

Between budgets cuts and the digital age, I would venture to guess that most libraries have long since parked their Bookmobiles. Which is a shame, because I can recall growing up, that kids who liked to read showed as much enthusiasm when the Bookmobile came around, as they did the ice-cream truck.

Using that sentiment, the National Design Collective struck out to create its own version of a modern day Bookmobile, only this mini library gets around through pedal power.

Indeed, working with former bookstore owners, NDC developed The Book Pedlar, which uses the bicycle as its platform, in an effort to get more books into the streets.

The rolling library is based upon a Classic No. 33 Pashley cargo bicycle. And, when in action, its design friendly setup seeks to attract every kind of bibliophile, to browse and explore its content.

So far, The Book Pedlar has been put into action in various locations around Toronto, much to the delight of bookworms throughout the city.