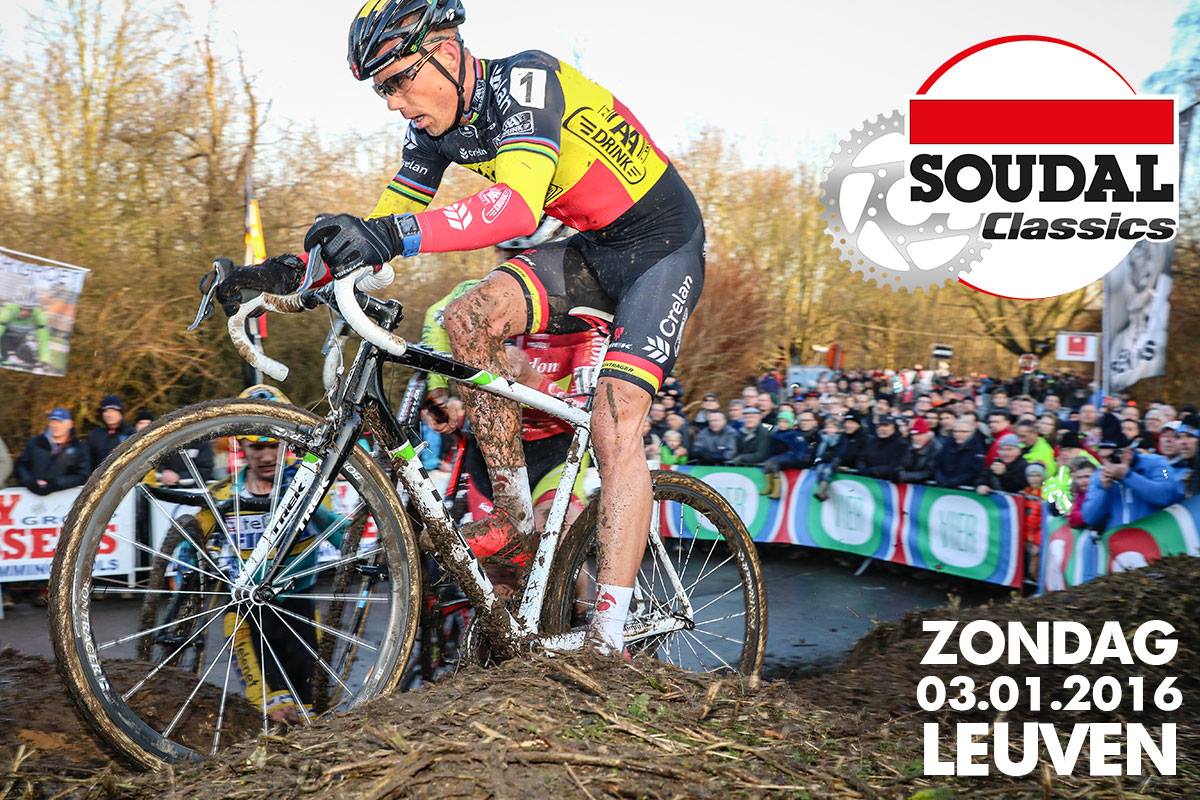 03 Jan 2016
By Gianni Pericolo - In LATEST ARTICLES, THE GREAT RACE

Toon Aerts dominated today’s Soudal Classics cyclocross event in Leuven today, after a decisive move during the second lap, that saw the young Belgian ride clear of the field, and stay away for the remainder of the race – despite a last minute crash during the last lap.

Meanwhile, his Telenet-Fidea teammate, Tom Meeusen, succeeded in jettisoning his chase group companions midway through the race, to claim second place, while Vincent Baestaens (BKCP-Corendon) crossed the finish well over a minute later to claim third spot on the podium.

However, Nys would later lose ground after a collision with the rider in front of him, which left the veteran cyclocrosser with a damaged fork.

Back in the main field, Meeusen and a few other riders managed to bridge their way to lead group at the end of the first lap.

From there, Aerts attacked, subsequently distancing the field for what would prove to be a final move toward victory for the Telenet-Fidea rider.

Nys would later try to distance his chase group companions, in an attempt to bridge to Aerts. However, he was quickly reeled back in by  Meeusen, who then continued on solo as Nys quickly faded.

From that point on, Aerts remained out front, while Meeusen continued to put more and more distance between himself and chase.

In the end, Aerts reached the finish with plenty of time to celebrate over his teammate, who crossed the finish 14 seconds later, but a whopping 1:17 over the rest of the field.

In the meantime, Baestaens outsprinted Taramarcaz and Iserbyt to take third spot on the podium, while Nys crossed the finish just behind the trio for a disappointing sixth place. 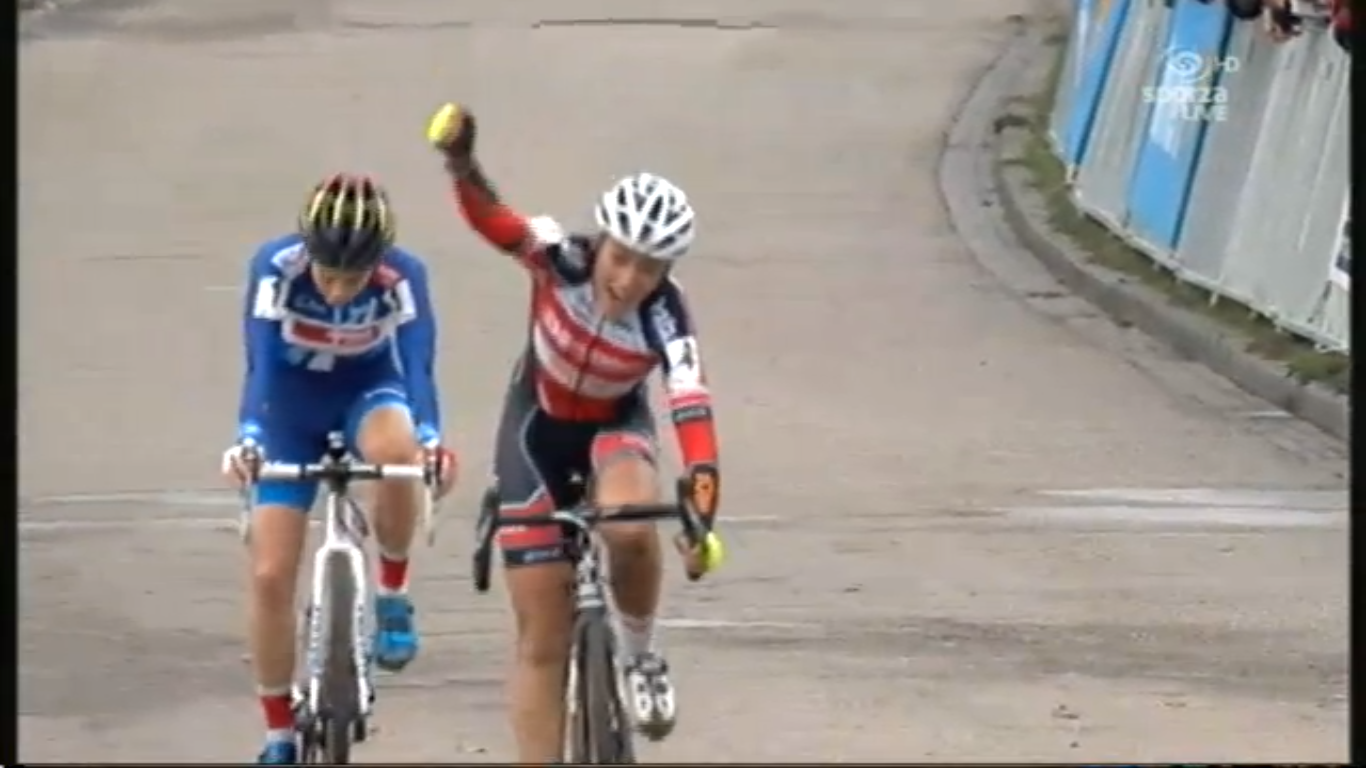 In the elite women’s race, Sophie de Boer nixed Sanne Cant’s (Enertherm-BKCP) hopes at another victory this weekend, after executing a well-timed surge during the final straightaway – to beat the Belgian champion.

Ellen Van Loy (Telent-Fidea) took to the front early on in today’s race, only to be beset by tragedy, after she went over the bars during a technical descent midway through the second lap.

As a result, a group of four riders containing Cant, de Boer, Sabrina Stultiens (Liv Plantur), and Femke van den Driessche (Kleur op Maat) caught  up to Van Loy, as Stultiens then proceeded to surge ahead into the lead.

However, Stultiens time out front was short lived, as the Dutch rider hit the ground hard after the second crossing of the finish line.

Heading into the fourth lap, Van Loy once more crashed along the very same descent that ensnared her the first time, which in turn allowed Cant to takeover the lead.

However, a determined Van Loy regained lost ground to resume control of the lead during the penultimate lap. But, Cant then decided to accelerate, quickly putting Van Loy behind her, while De Boer succeeded in staying on terms with the Belgian rider.

From there, neither rider was able to create a gap over the other, as the duo reached the final paved finishing straight – side-by-side.

De Boer proceeded to open up the final sprint, while Cant remained perched on her wheel, and seemingly ready to counterattack.

But, the Enertherm-BKCP rider was unable to overtake de Boer, who crossed the finish line a mere second ahead of her rival.

Meanwhile, despite falling yet again midway through the final lap, Ellen Van Loy managed to remount and seize third spot on podium.