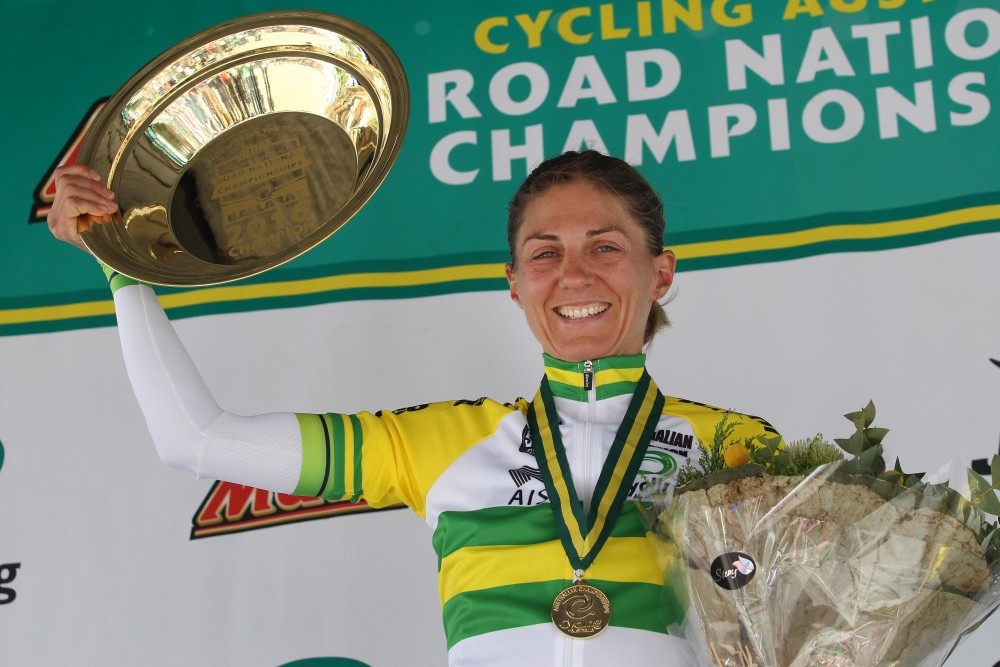 Garfoot escaped with a group of seven in the final ten kilometers of today’s the 95 kilometer stage around Mt Torrens and surprised her breakaway companions with a long launch to the line to secure the win.

“I think it was a surprise because they knew I was the worst sprinter and I knew that too,” Garfoot admitted. “I just had to do something to at least try.”

“We banked on the move going on the last lumpy ten kilometres. I got away with a group of girls, all of them sprinters, so I wasn’t too happy with that situation.

“With 500 meters to go I went for it, I went from last wheel and I don’t think they expected that.”

ORICA-AIS sport director Gene Bates said the team had tried to break up the racing to drop the sprinters but commended Garfoot on her strategy in the final.

“We wanted to make it hard from the mid-way point and the girls worked really well to try to break it up,” Bates said.

“It was touch and go. If it was a sprint she was running fifth out of five but to Kat’s credit, she had a think about it and hit them at a perfect time and won the stage.”

The Santos Women’s Tour continues tomorrow with a 1.7km criterium circuit prior to the men’s People’s Choice Classic.

The Santos Women’s Tour kicked off the racing action in Adelaide with a lumpy road circuit around Mt Torrens.

The race stayed together for the first of five 19 kilometers laps before Charlotte Lucus (Holden Racing) escaped and rode out to a 25 second advantage on the second lap.

As the peloton rolled through to complete their third lap the race was largely back together and about to begin in earnest.

ORICA-AIS was active on the penultimate lap, counter-attacking in attempt to break up racing but it wasn’t until the final ten kilometers that a move got away.

Garfoot escaped with six for company, but recogising the quality of sprinters in the group the 34-year-old attacked with 500 meters to go to surprise her companions for the victory.