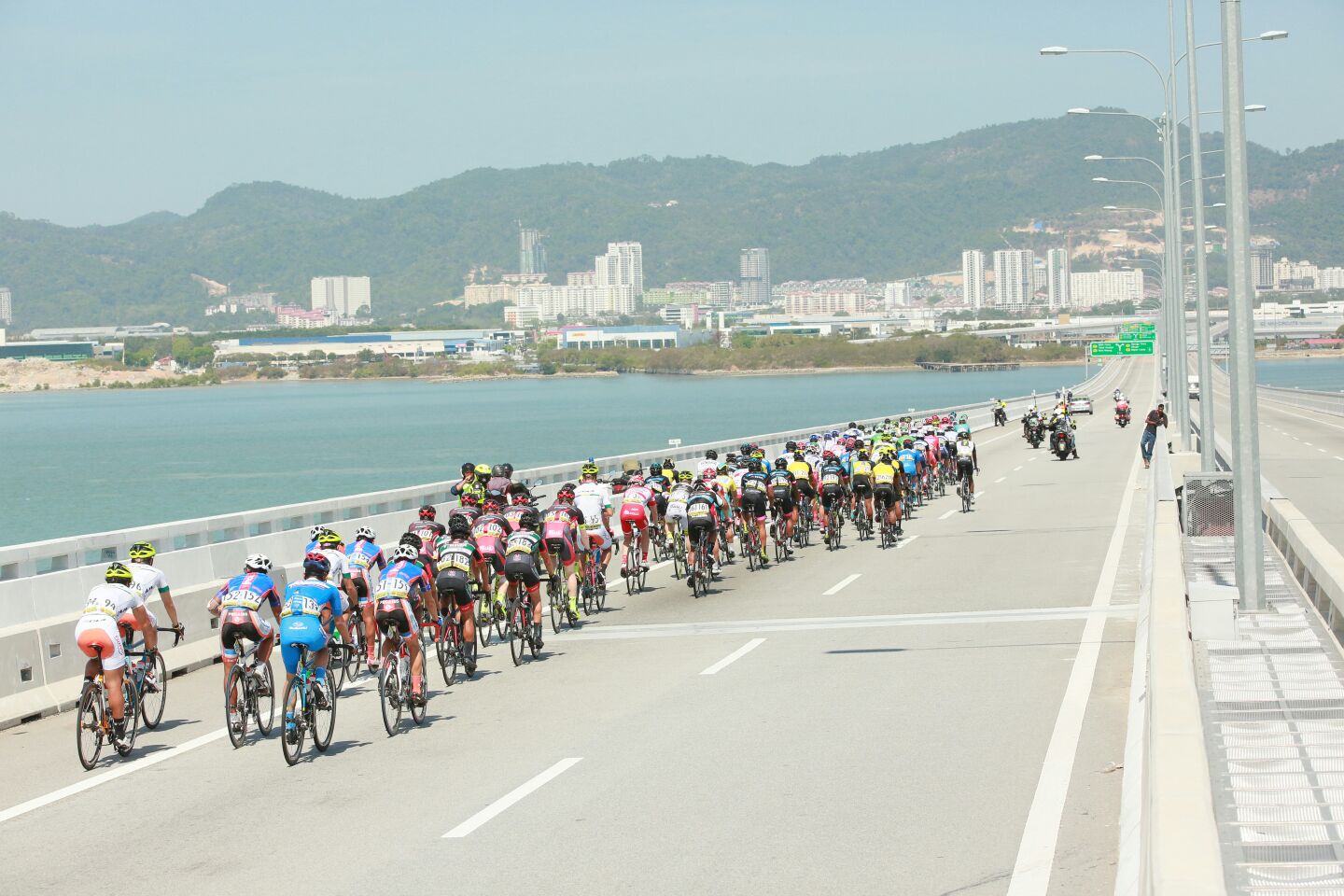 “I didn’t expect to win”, Palini explained in a post-race press conference. “I was hoping for scoring points but I didn’t think I could beat Guardini. However, I was fresher than him after the last climb. That made the difference. I’m very happy. To win here is very important. It already makes my Tour de Langkawi a successful one.”

As the quintet reached the 50 kilometer mark, they had succeeded in building up an advantage of 4:15 over the peloton, with Meiyin once again claiming all three intermediate sprint time bonuses, putting the young rider the virtual race lead.

However, with 30 kilometers remaining, the peloton would eventually reel in all but Meiyin, Keong and Nabil before the summit of Teluk Bahang. But, the trio’s time out front was eventually brought to a close during the final 11 kilometers.

Just like yesterday’s stage, the final kilometers culminated into another sprint finale, only this time a different Italian rider emerged victorious, with Palini outsprinting yesterday’s winner, Guardini, to seize the win.

“Maybe I climbed better than Guardini,” Palini said. “He struggled a bit more in the hill, and he might have reached the finish a bit tired. My team also worked really well. Ivan Santaromita and Paco Mancebo are our GC riders, so they had to stay at the front today anyway even if I wasn’t going to win the sprint.”

Guardini confirmed Palini’s words. “I said this morning again that it’s never simple to win,” he commented. “Palini showed today that he’s a more complete rider than me. He passed the hill better than me. I rode flat out to stay with the main peloton, and it took out of me the energy I needed for winning the bunch sprint.”