The Unique and Exciting World of Festka Bicycles 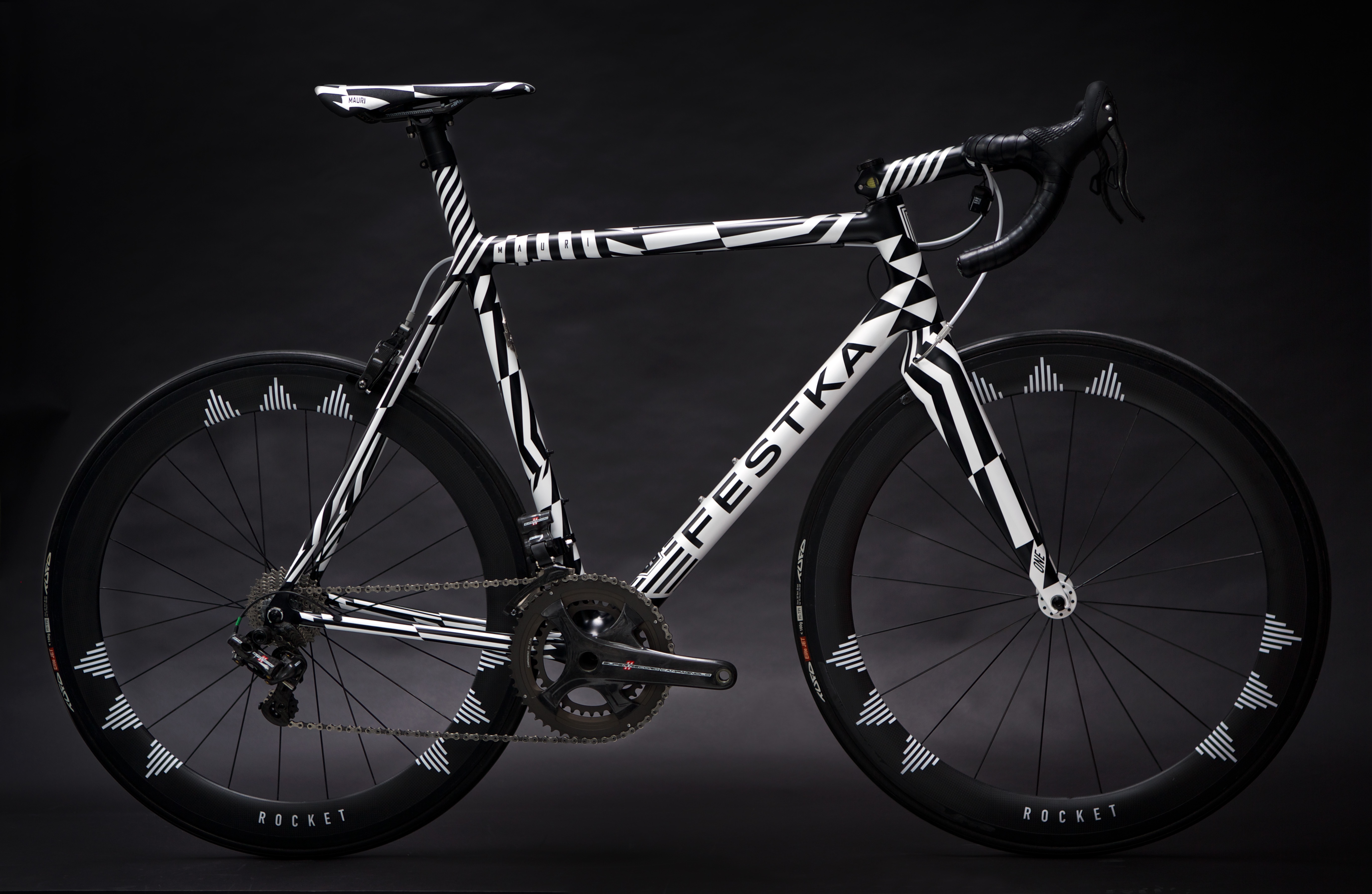 Throughout the ages, the Czech Republic was at one time or another, vestige to virtually every territorial empire and cultural reformation stemming from the Duchy of Bohemia, to the Holy Roman Empire, to the Austro-Hungarian Empire, to German occupation during World War II and later under Soviet influence, until it received its own independence in 1993 after the communist state of Czechoslovakia was ultimately dissolved.

Today, the Czech Republic represents one of Europe’s most highly developed countries, boasting an advanced, high income economy with high living standards. And, despite its tumultuous past, it ranks as one of the world’s most peaceful countries – mainly due to its strongly democratic governance.

So, what does this teachable moment have to do with cycling, you ask?

Well, equal to its struggle and perseverance to become a fully independent democratic country, similarly, determined Czech athletes such as cyclists, also had to overcome extreme cultural and political obstructionism throughout the decades, in order to rise and become stand-out riders in the pro peloton. Some of the recent names that come to mind are, Ján Svorada, Roman Kreuziger, Zdeněk Štybar, Pavla Havlíková and Kateřina Nash.

Curiously however, the Czech Republic has never been home to a serious and well-crafted bike brand.

Until recently that is.

Over the past few years, I’ve been seeing and hearing more and more about a little-known brand of artisan bikes called – Festka.

Although, I initially marveled at the artistry regarding of their metal bikes, as a lover of the magic cloth called carbon fiber, my interest was never truly piqued.

However, during the last couple of years, carbon fiber has really come to underscore Festka’s range of framesets – culminating into their most recent ONE series.

What especially draws my attention to the ONE framesets, are the simple, clean lines and rounded tube profiles that characterize their lay-out. And, just as the master Dario Pegorretti use to say, round tubes yield the most compliant and responsive handling bikes, which is something that I’ve truly come miss in the wake of all of this aero bike nonsense.

What’s equally exciting about the ONE, is it’s handmade by Festka in their own facility, which is nothing short of astonishing, given the degree of out-sourcing to the Far East that has become central to the bike industry these days.

As far as the materials and the fabrication process that goes into the making of the ONE are concerned, Festka is keeping that under tight wraps.

But, this much was revealed.

The material itself is sourced from the Czech company, CompoTech, which specializes in carbon fiber production for the F1 and aviation industry.

However, the build process is so secretive, that Festka won’t even reveal how the tubes are joined.

I don’t blame them.

The ONE range consists of five framesets, the ONE, ONE RS, ONE Gravel, ONE Light LT and the ONE Motol, which differ in terms of carbon content, fork selection and of course type of riding.

The ONE, ONE RS, ONE Gravel and ONE Motol use high end forks sourced from 3T and Columbus, whereas the range topping ONE Light LT uses THM Carbones’ uber exclusive Scapula CT.

But, aside from being masterpieces from a fabrication standpoint, what plays equal part in the ONE’s overall appeal, is Festka’s marvelous approach to color and graphic design, which ranges from the understated, to all-out, unadulterated exercises in one-off paint schemes. These aspects I suspect, are what elevates Festka is the minds of its customers, from being not just an amazing bike company, but a guild.

And, this after all, is what distinguishes a handmade artisan bike, from a mass produced one.

Our frames are made with precision, dedication and love…

We produce 500 hand made and hand painted bicycles a year. Each one of them is a bit different and every piece is very much unique. A Festka always reflects its rider and their needs. We invest a lot into development and every new model is a fusion of construction alchemy and riding experience. We make our own tubes from carbon fiber, carefully weld top class Italian stainless steel tubes from Columbus and precisely shape noble titanium tubes. Our goal is to make state of the art bicycles that are effective, attractive and efficient.

We strongly believe in a personal approach to customers whom we guide through the construction process be it online or face to face. Personalised design of each bike is an important part of the story and we pay special attention to impeccable finish.

Our service includes component selection and advice. There is a 10 years warranty on each frame and lifetime service option. Buying a Festka is like marrying into a family of riders.

Now, in Festka I feel the same way. Another aspect that is similar to racing is the fact that we are a team that works together. In cycling, ego needs to surrender to team spirit, only then everybody can enjoy victory. I don’t limit myself to a goal, I find vision to be more important.

I feel and believe that we are doing something meaningful not just for our sake but for our customers. I never knew how it felt when clients appreciated my work. Now I know because they tell me so. We build bicycles for people so that they can enjoy cycling more. Our products indicate how far we have come. They carry memories and provide reflection. Through them I learnt to look ahead and to never stop improving. My ambition is to keep up the passion and to stay curious. Only then I can devote myself to total cycling. My coach used to ask that of me and I didn’t quite know what he meant. I know now.

I don’t work for Festka, I live it…

I have managed to unify my life into one segment and I no longer have to separate my activities into before and after work. Everything is one stream. Of course we have great ambitions like winning one of the NAHBS categories but primarily I live here and now and try to find joy in the small stuff. I learnt not to look too far forward because viewpoints change with time and therefore the goals may shift. When I look back at the bikes we produced, I see more clearly what could have been different meaning done better and easier. I tend not to set goals for myself because reaching them means you become less determined and eager. I believe that everything has its own time. When I was about thirteen I wanted to become a member of a cycling team but I wasn’t accepted for some odd reason. Here I am now, devoted to cycling, giving it my best.

In the USA Cascade Bicycle Studio