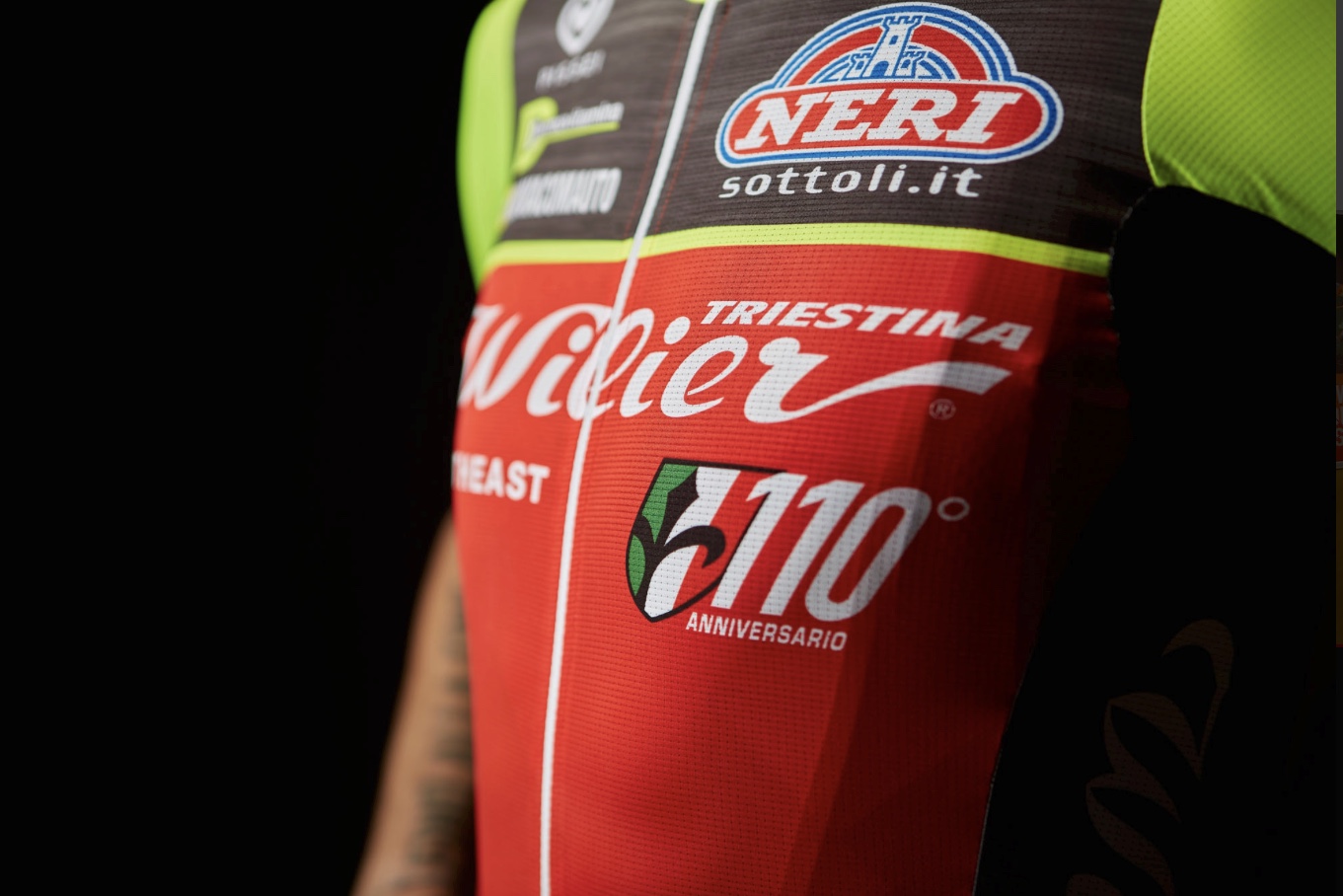 The iconic Italian bike brand, Wilier-Triestina, has announced, it will become the title sponsor of Team Southeast at the start of next month’s Giro d’Italia.

The team unveiled its new colors during a special presentation at Wilier-Triestina’s headquarters in Rossano Veneto yesterday.

Southeast will continue to ride in the team’s current grey and yellow colors, before switching to its new red, grey and fluorescent yellow kit during the opening time trial stage of the Giro d’Italia.

In recent years Southeast team manager Angelo Citracca has struggled to find sponsors to cover the team’s budget after a string of doping cases involving riders on the team. The arrival of Wilier Triestina for the rest of the 2016 season is a huge boost to the Tuscan-based squad on the eve of the Giro d’Italia. Wilier Triestina-Southeast will target stage victories with sprinter Jakub Mareczko and team captain Filippo Pozzato after securing one of the four wild card invitations to this year’s Giro by winning the season-long 2015 Coppa Italia classification of Italian races.

“We’re pleased to be the title sponsor from the Giro d’Italia until the end of season. Now it’s up to the team to convince us to continue this project in the future, with even bigger objectives, so we can both grow and both be even more successful,” Andrea Gastardello said during the presentation.

“We’ve created a new logo and designed a new jersey, adding plenty of red to the team colours. Red is our company colour. It’s also the colour of Ferrari and Ducati motorbikes. We like to think it represents speed, strength the challenge for success. Our new challenge begins at the Giro d’Italia.”

WILIER TRIESTINA – SOUTHEAST: THE RETURN OF WILIER RED TO THE PELOTON

It was 1946 when the bright red jersey of Wilier Triestina made its debut in the world of professional cycling. The colour was an important choice at the time. The visibility was part of it: W Italia LIbera E Redenta (“Long live Italy, liberated and redeemed”, the acronym that makes WILIER), was emblazoned on the chests of the riders’ amaranth red jerseys. This famous jersey had a unique significance for the period: the Second World War had just ended, Trieste was still a disputed territory between Italy and Yugoslavia, the rest of the country was rebuilding, the streets were mainly unpaved, and the bikes were made of steel.

In the 70 years since 1946, the world has changed, as has cycling. But Wilier’s enthusiasm for “Il Grande Ciclismo” remained intact. After many seasons as equipment sponsors for famed teams such as Mercatone Uno, Liquigas, Gerolsteiner, Cofidis, Lampre, and UnitedHealthcare Pro Cycling, Wilier is returning to the peloton in a big way. The Rossano Veneto brand, with its 110 years of history, will be the main sponsor and first title name of the Southeast team.

The team, led by Scinto and Citracca, now turns red. As Wilier’s corporate color, the red jersey will represent all the history that the company brings to the peloton. A new jersey and a new team photo with the unmistakable signature of Wilier Triestina.