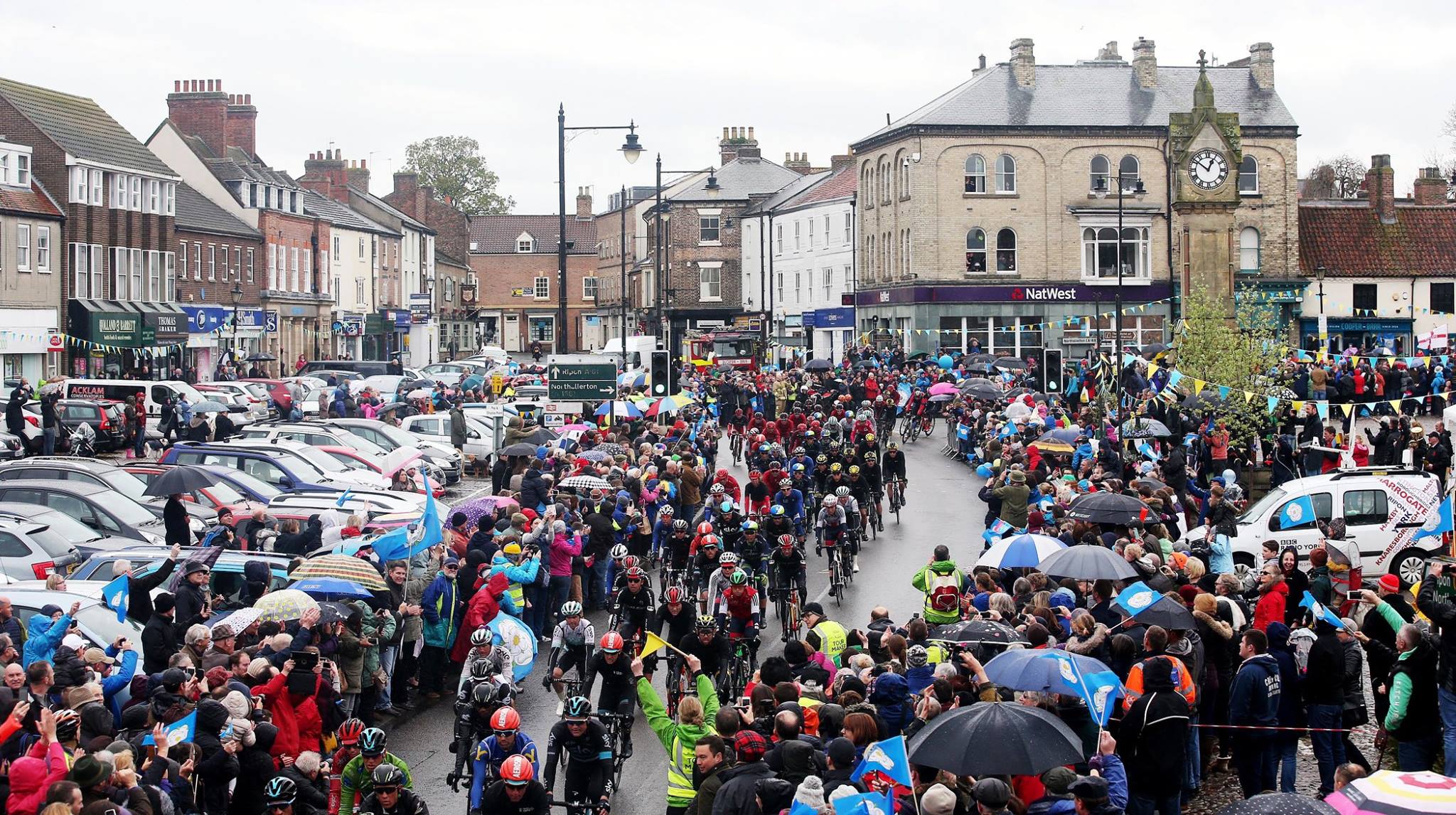 Thomas Voeckler (Direct Energy) claimed the third and final stage of the Tour de Yorkshire today, after outsprinting Nicolas Roche (Team Sky) to win both the stage victory, as well as the overall race title.

Voeckler caught his rival off-guard during the final 300 meters, leaving Roche unable to respond to the French rider’s move, who proceeded to gain an enough of an impetus, to fend-off any final challenge from the Sky rider.

As result, the stage win combined with bonus seconds, were enough to hand the overall title to Voeckler with Roche finishing in second place in the overall classification – at six seconds back.

Earlier in the stage, Team Sky managed to dominated most of stage, by splitting the peloton during all of the climbs during the first half of the race, allowing Peter Kennaugh and Luke Rowe to later pave the way for Roche to escape during the climb of Harewood Dale with 28 kilometers to go.

From there, the trio were joined by Voeckler and Anthony Turgis (Cofidis, Solutions Credits) along on the descent, where the quintet proceeded to work together in earnest in order to put the peloton well behind them.

It was during the final climb of Oliver’s Mount, that Roche managed to create a small gap for himself. But, a determined Voeckler quickly bridged himself to his rival along the descent.

Despite a late chase from Yates, the duo succeeded in staying away, with Voeckler ultimately out-foxing Roche to seize the win.