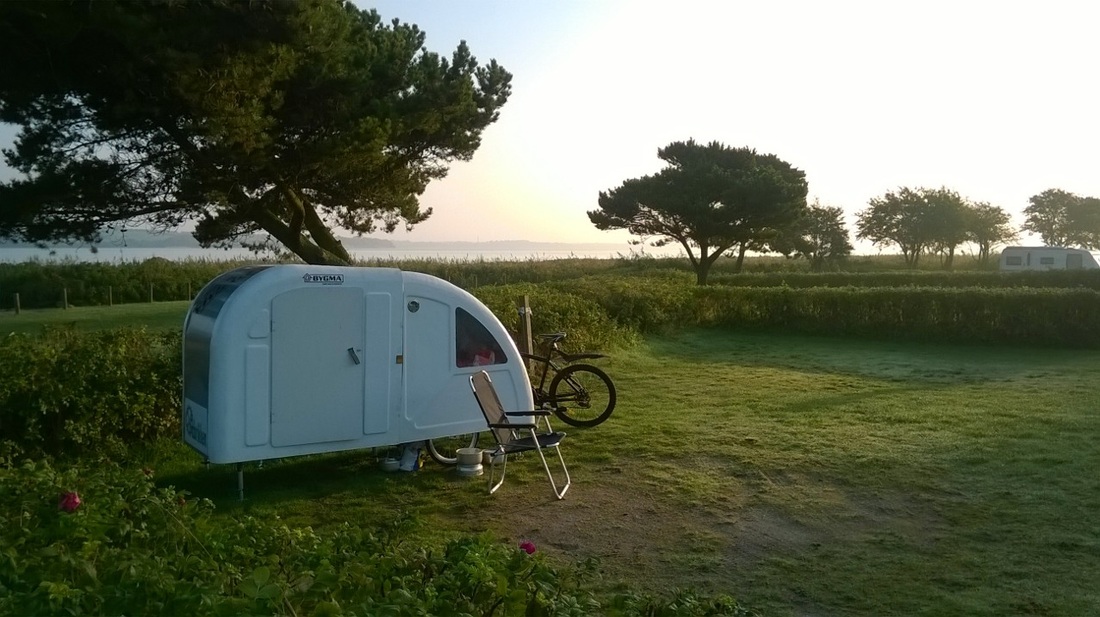 Pedal Away From It All—With an Ultralight Camper Trailer Attached !

A Danish designer could help reshape the future of adventure cycling.

It’s the camper’s lightness that makes the Wide Path groundbreaking. There have been a few prototype bike campers around for a while, but what’s been brought to market so far has been rather bulky and heavy—the camping equivalent of peddling a tiny house behind you—and requiring an electric-assisted bike.

The Wide Path Camper weighs just 88 pounds unloaded. And, it turns out to be pretty roomy when folded out from its travel mode.

A projecting metal nose extends far enough to make space for two face-to-face sofas and a pull-down table, all within a shell that’s considerably warmer and more weatherproof than the average tent.

In addition, the seating flattens at night to form a double bed large enough to sleep two people.

The Wide Path also comes with an optional solar cell for charging devices.

The trailer costs around $2,500 depending on current exchange rate.