The “Twicycle” Uses both Legs and Arms for Propulsion 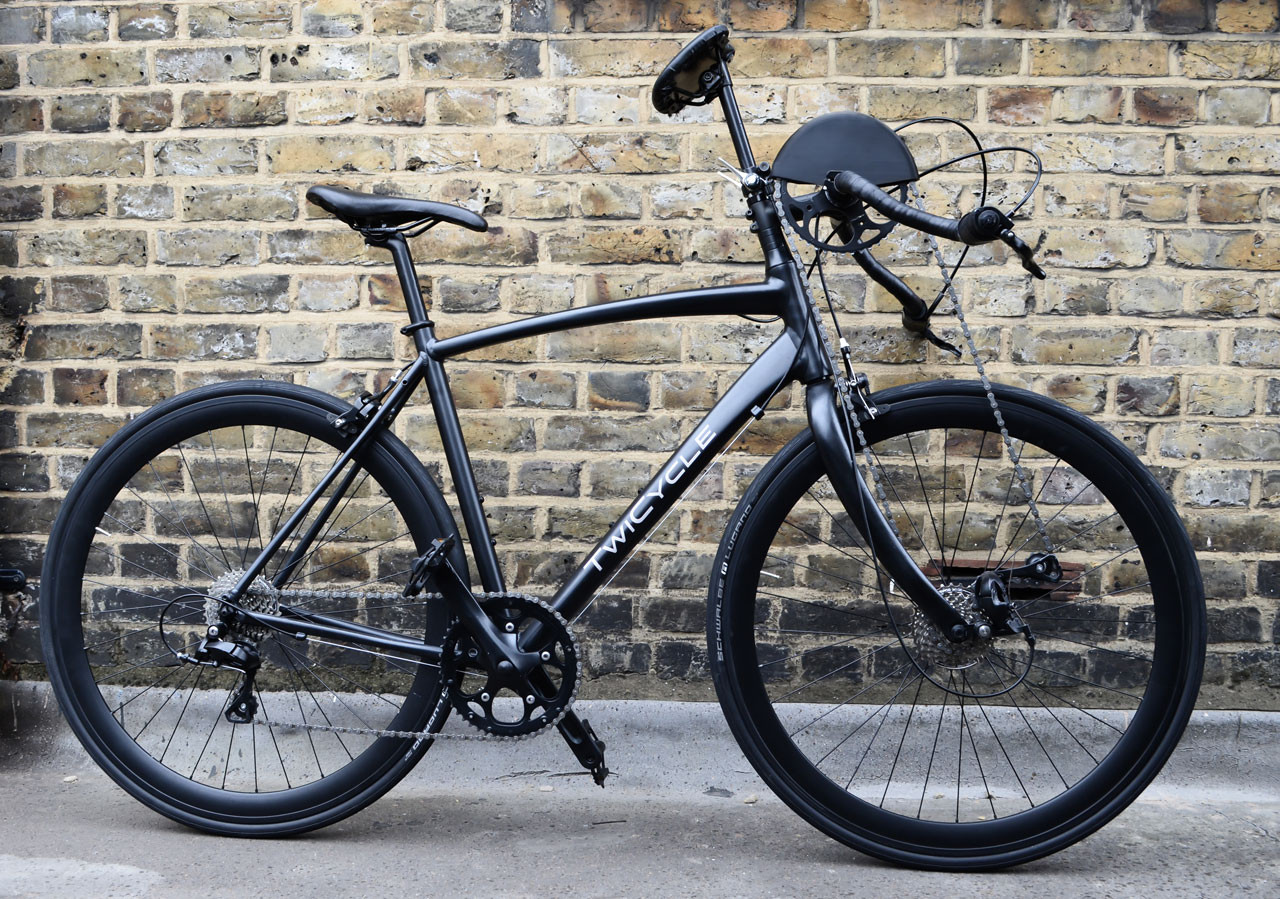 While the rest of the industry is hedging its bets on aerodynamics and which tire width will produce the best performance, one inventor is putting both arms and legs to work as a means of achieving greater speed and efficiency.

Hailed as the Twicycle, the prototype bike allows cyclists to propel themselves forward in upright position using either arms, legs or both, thus giving cyclists the same workout for their upper body as for their legs.

The inventor of Twicycle, Boyan Rista, came up with the idea while vacationing in the mountains. “I love cycling, but I wanted a product that would allow me to workout my upper body in addition to my lower body, all while sightseeing. After research on the Internet revealed no affordable, commercially-available product, I decided to create one myself.”

Rista went from an idea to proof of concept within days, demonstrating that it is possible to pedal with arms, while maintaining upright balance and steering control. Over the next couple of months, Rista worked long hours designing and fabricating parts, building his invention all by himself. He utilized commercially available components such as frame and wheels, while he had to custom-design front parts for steering and propulsion.

At the front, the handle bars or ‘arm cranks’ are made from carbon fiber and rotate as one unit. The brake handles appear to serve as the main contact point and spin independent of the bars to keep your hands flat and prevent the cables from tangling. Stopping duties are taken care of using standard Tektro road calipers.

The front and rear drivetrains are completely independent of each other and also have freewheels to allow the wheels to coast.

Mounted on top of the bars is a chest pad to keep your face a safe distance from the chainring also mounted on the bars, although worryingly the front chainring cover is an optional extra, so is the ‘Arm Cranks Locking Mechanism.’

The frame is made with aluminium and Twicycle says the bike is lightweight, though they don’t offer a claimed weight.

At launch the Twicycle will be available in three sizes: 54cm, 57cm, and 60cm.

The Twicycle is currently undergoing a crowd-funding campaign on Indiegogo, with a little more than two weeks remaining.

The inventor says there’s also a mountain bike version on the way.