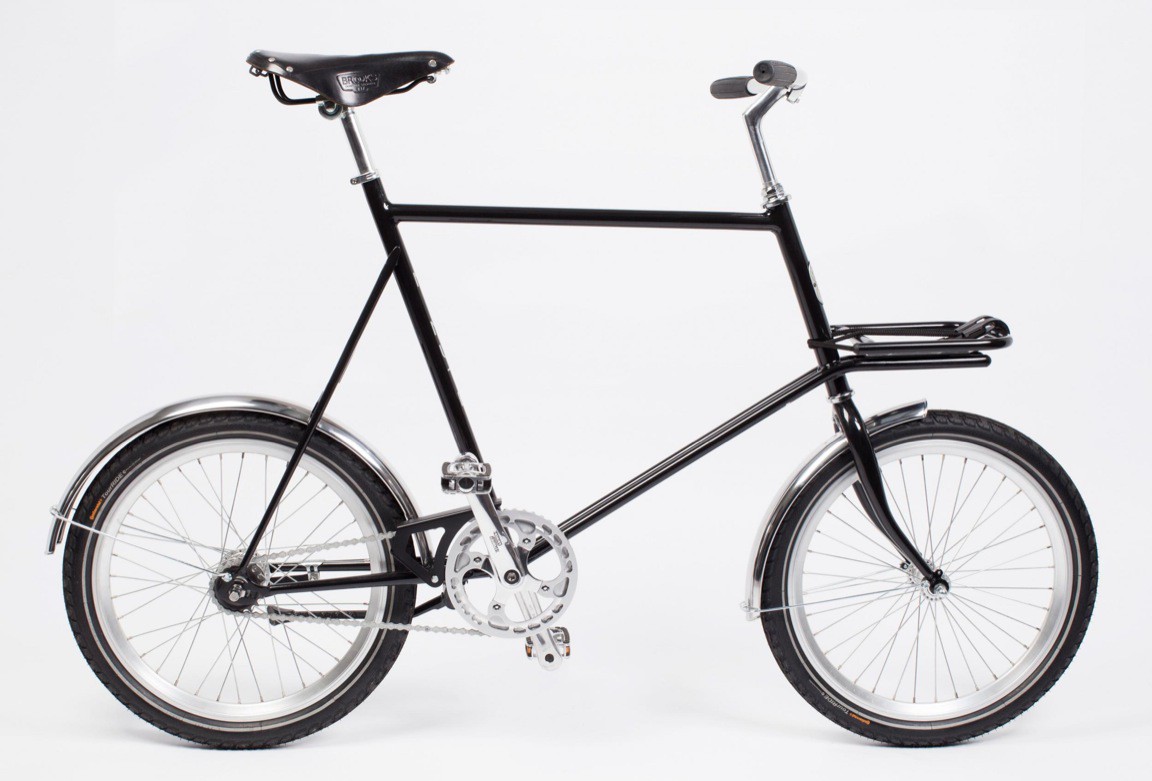 The classic geometry of a road bike is deeply nestled in the collective consciousness of cycling, refined over a hundred years as our understanding of construction technique and ergonomics has evolved.

Meanwhile the way that people ride bikes in cities, and cities themselves, have changed dramatically. Roads are smoother and less muddy than they used to be. And they are traversed by motorised vehicles rather than horse and cart.

The Minute is a new bike from the Netherlands which seeks to reflect the 21st century requirements of urban cyclists, without compromising on style. With a handy built-in front rack, it’s a dinky machine built around small wheels for a nippier and more responsive city ride. Once you get past the diminutive geometry, of course:

"We have become so used to the conventional image of a bicycle, that small wheels on a regular frame look kind of weird. But actually it is the only rational answer to our quest for the ultimate city bike. A smaller size wheel is stronger, lighter, more agile and at least as fast as a large wheel. And something you will really appreciate when you have to take your bike to your third-floor apartment."

THE MAN BEHIND THE MINUTE

The Minute was created by Dutch bicycle-builder Elian Veltman, who began working with two wheels instead of four during his automative engineering studies back in 2005.

Since then he hasn’t looked back, crafting custom-made commuter and cargo bikes  from his workshop in the small town of Maurik.