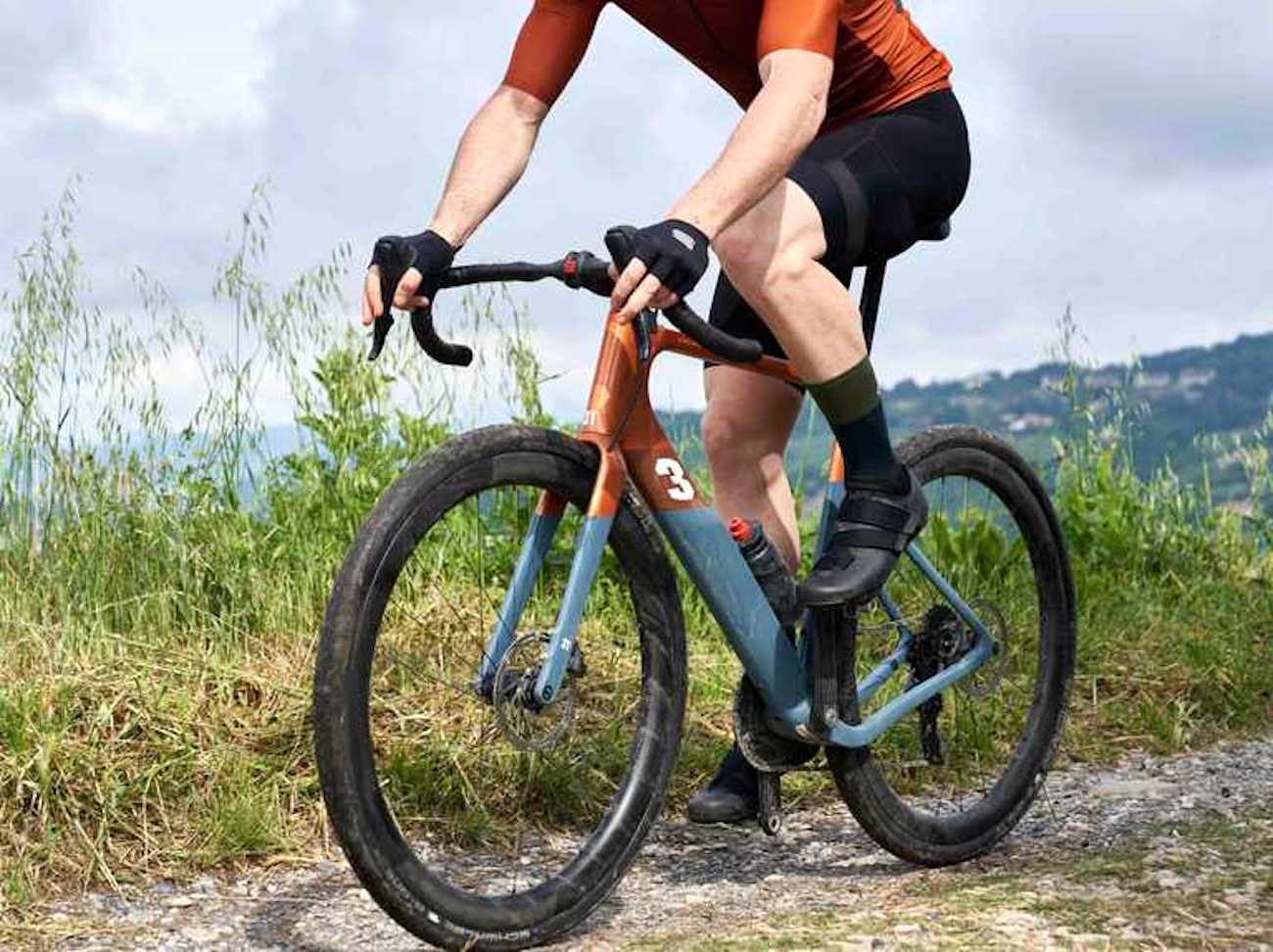 3T has added another model to its ever-growing range of Exploro gravel bikes called the RaceMax, promising even more wind cheating capabilities and greater tire clearance than the previous model, while still maintaining an impressively compact geometry and sleek lines.

The RaceMax also gets a new fork, which features a 370 mm axle-to-crown length and a very low-profile crown that serves to position the front wheel closer to the down tube — again, something that’s been done in the name of aerodynamic efficiency.

Other features that punctuate the new RaceMax are a BB386EVO press-fit bottom bracket shell (with thread-together cups) that’s compatibility with 1x or 2x drivetrains, mounts for three water bottles and a top tube feed bag, hidden front and rear fender mounts, adapter-free flat-mount disc-brake mounts for 160 mm-diameter rotors and adaptable internal cable routing that can accommodate a wide variety of mechanical and electronic drivetrains. Also, the fussy splined seatpost clamp has been ditched in favor of Ritchey’s one-bolt design, as well as a more conventional rear derailleur hanger that doesn’t fall off when the thru-axle is removed.

Sizing and geometry were also key factors when designing the new RaceMax, which is now available in six sizes that allows for finer fitments between riders ranging from those as short as 4’8 to as tall as 6’3 thanks to a taller stack height and shorter reach. Moreover the bottom bracket has been slightly lowered by a few millimeters for more stability, while the steering geometry has been dialed-in to be a tad quicker and the trail  a bit more nimble as well.

All angles in, 3T claims the RaceMax can accommodate tires ranging from a modest 35mm to a staggering 61mm spending on whether 700c or 650b wheels are used.

The new Exploro RaceMax will be available as a frameset for $3200 in three different colors, as well as two complete bikes with 700c and 650b wheel options.

Depending upon the build and wheel choice, complete bikes start at $4200 all the way up to $7800 including an optional set of 3T Discus 45|40 LTD that are yet to be released.

Additionally, 3T has plans to unveil a range of custom accessories for the new Exploro RaceMax that includes a dedicated front and rear fender set, special bottle cages and bags and even a pump.