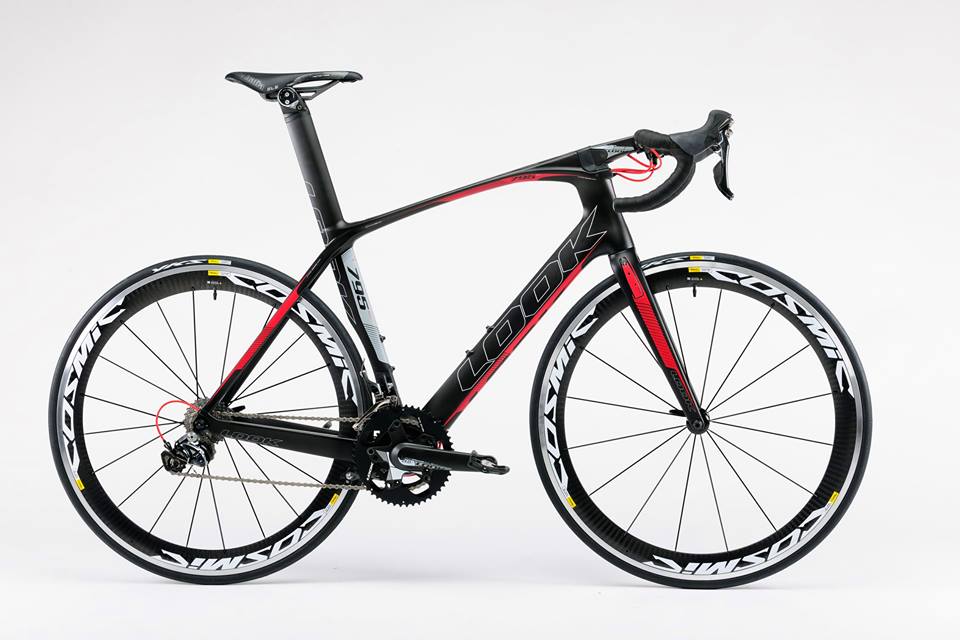 Following the announcement of their new 795 frameset last week, Look held it’s first official "vernisage" over the weekend to launch their flagship frameset.

As previously mentioned, the 795 will take over from the 695 as Look’s top-of-the-line frameset, and it will be available in two platforms: the 795 Aerolight, featuring a fork-integrated front brake and rear brake mounted under the chainstay, and the 795 Light, which utilizes a traditional brake setup.

Here are a few more images that have emerged since our initial report.

In the wake of the Tour de France, the international press discovered the new flagship model of the brand: the 795…

Journalists from around the world were gathered near Longchamps Racetrack, a stone throw away from Paris, to discover the new 795. This bike marks the beginning of a new generation of bikes, where integration and aerodynamism take on their full meaning. Feather-weight, aerodynamic, available in Light version or Aerolight with integrated brakes, the 795 is the fruit of 30 years of expertise in carbon and nearly ten years of researches led by the LOOK research department.

The 795 with its 1,5K-carbon frame, with NACA(1) profile tube sections, is the most aerodynamic bike LOOK has ever created. It gathers 11 different patents as well as the carbon, adjustable (+17° to -13°)Aerostem, the ZED2 one-piece carbon crankset, a new carbon seat E-Post 2 (30% lighter than the previous version) with integrated DI2 battery support  and finally a new, 100% integrated cable routing. The first tests are to be read in the press very soon and the website Nutri Cycles has already written “In order to have a real aerodynamic improvement, all tube sections adopt an optimized shape which limits the perturbations behide the tubes and enables to keep a high speed.”

The presentation was also the opportunity to unveil the Keo 2 Max Blade. This latest pedal makes the Blade technology accessible by all; Vincent Sallier, pedals engineer explains: “We chose composite material instead of carbon. It has also enabled us to add a Blade with a lower tension than the carbon ones in order to seduce all cyclists”.

LOOK Cycle will be at Eurobike in Friedrichshafen from August 27th to 30th to show the entire range of 2015 products.