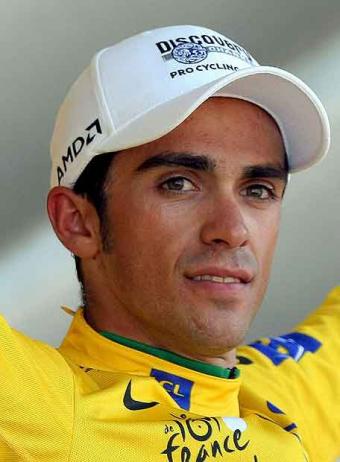 Alberto Contador told the press today, that he now thinks that he can win this year’s Vuelta a Espana.

Quintana’s Movistar teammate Alejandro Valverde of Spain, who started the day in the red leader’s jersey, dropped to third, eight seconds off the pace.

"I am now able to say I will try to win the Vuelta, another thing is if I have the legs or not," Spaniard Contador told a news conference on the rest day.

"Until yesterday, even up to the final kilometers, I did not see it like that and we have to wait and see how I am tomorrow," added the double Tour de France champion.

"Since the start of the race I merely thought about letting the days go by."

Contador said he was still having "minor" problems with his leg, stemming from a crash in last month’s Tour de France, and feels that Quintana and Chris Froome are still top rivals.

As many spectators saw, Froome lost ground during yesterday’ stage, and is now in 5th place – 28 seconds behind Quintana.

"Some have come here with more work under their belts than me and can aspire to greater things, like Froome and Quintana, while I am still a question mark," Contador said.

"I’m getting better every day and that’s good for me but it’s also true I lack the confidence you get from having solid preparation behind you."

In addition, in a separate news conference today, race leader Quintana said he had "improved a bit" in time trials and did not expect to lose much time to his main rivals.

"For the time being the legs are fine and I expect to wake up tomorrow with a good feeling and be on top form," he added.