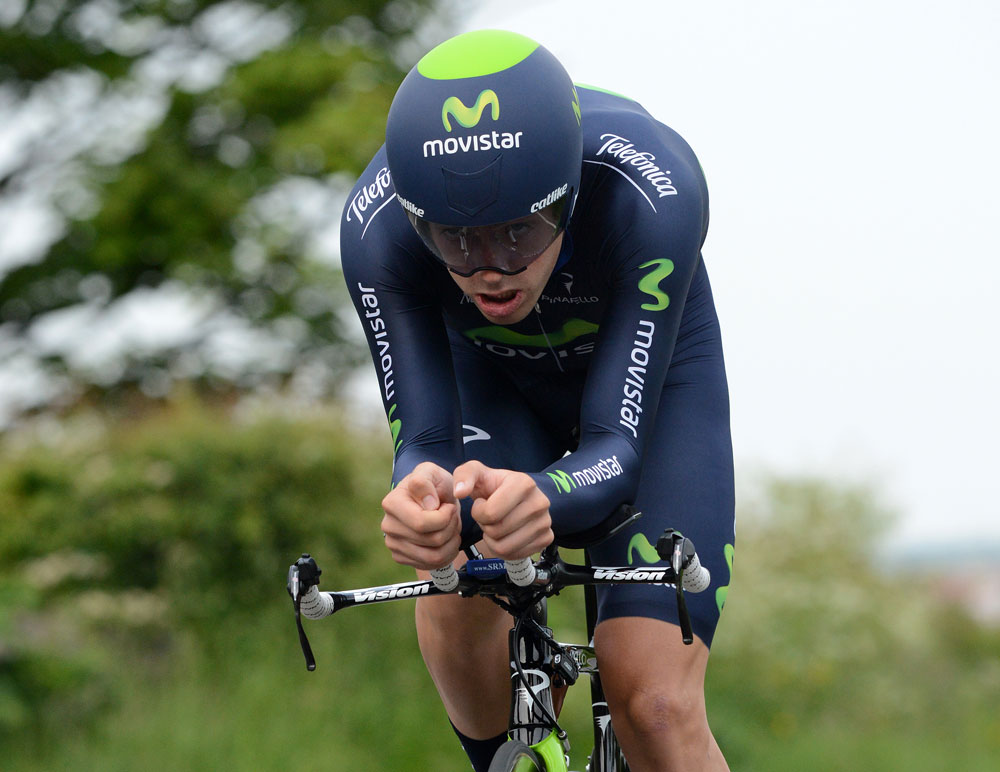 Alex Dowsett and Movistar Team regret to announce that the British rider’s UCI Hour Record attempt, scheduled for February 27 on the velodrome of London’s Lee Valley VeloPark, has been postponed.

Following Dowsett’s crash last Tuesday, his collarbone fracture and the subsequent surgery, the initial recovery program proposed to secure the attempt on the original date has not been fulfilled. Both rider and squad consider it would not be realistic to carry on with February 27 as a goal.

Movistar Team also states that attempting the record would have been a risky decision, compromising the rest of the season for Alex and putting extra pressure on his recovery.

"I’m really gutted this has happened,” says Dowsett. “I’ve never worked harder for anything and to make this difficult decision with the team and lose this opportunity is a real blow. The positive is that it is a record attempt so we will be attempting it at a later date. I cannot thank Movistar, Canyon, Endura and the rest of the team partners enough for their continued support as well as my family and friends.

"But most of all I’d like to thank everyone that’s supported me with words of encouragement both in training pre-crash and words of support and well wishes post-crash, it really was overwhelming. I’ll now recover properly and be back to full fitness for the road season and another crack at the ‘perfect hour.’”

Movistar Team wishes to thank Canyon, Endura, Power2Max, Eurosport, FACE Partnership and Cyclevox for their support, comprehension and full backing of Dowsett and the team’s choice, as well as the media and especially the fans, for their countless heart-warming messages during the last few days.

Once Alex is fully recovered, all the parties will re-evaluate the UCI Hour Record process to begin again, in order to find the most suitable date.