Bicycles vs The World 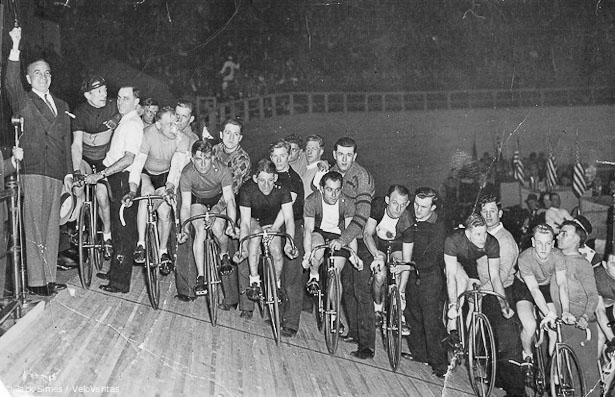 Bicycles vs The World

“A general intoxication, an eruption of exuberance like a seismic tremor that shook the economic and social foundations of society and rattled the windows of its moral outlook”.

This is how Irving Leonard described in his book – “When Bikehood Was In Flower” – the impact of the cycling craze in North America in the 1890s. So popular was the sport that by 1896, even Madison Square Garden (yes it was built to be a velodrome!) proved too small to accommodate the masses in the ‘Great Bicycle Exhibition’.

Nowhere was the role of cycling more evident – even to this day – than its role in changing the lives of women. Susan Anthony, a pivotal figure in the women’s suffrage movement, went on to describe in the New York World that bicycling had “done more to emancipate women than anything else in the world”. And perhaps this was greatest seen by the example of Annie Londonderry who in 1895 demonstrated to everyone that a woman could cycle around the world.

Today the role of cycling continues.

Obesity is now killing triple the number of people who die from malnutrition (The Lancet). Closer to home, 26.5% of New Zealanders are obese, a number only surpassed in the Anglosphere by the United States (Forbes).

Cycling has a value of doing more than just being a sport. Cycling can boost your fitness, tackle health problems such as heart disease, diabetes, even fight off infections like the flu & prevent cancer.

On a bigger scale it is a win-win for every local community. It reduces congestion. It makes our towns more liveable. It creates jobs.

Don’t believe me, Google it….As HG Wells once said “Every time I see an adult on a bicycle I no longer despair for the future of the human race”.

It is so important that we encourage each generation to get on their bikes – both young & old. It can be an excuse to see the stunning New Zealand landscape or even get out with the kids on a Sunday afternoon.  But you need to make the first step. Drop into a bike shop, ring up Cycling Southland, ask a mate. Why not investigate some weekend routes down the beautiful Catlins coastline?

You don’t have to cycle far. You can even stop for a coffee & cake. I mean you earned it right?

Still think, frankly, it is too cold, too wet outside? Why don’t you drop into the world-class velodrome on your doorstep?

Don’t worry there are beginners there too…………