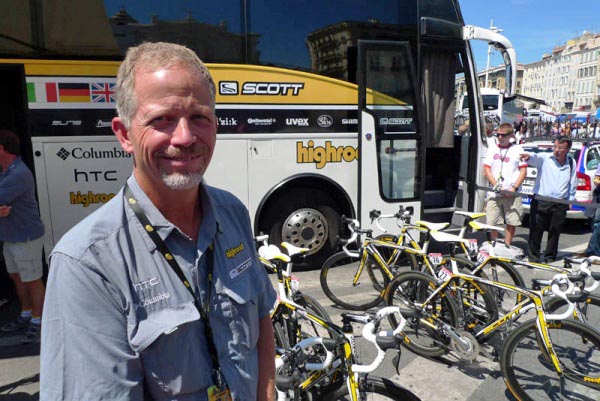 The USA Cycling Board of Directors elected Bob Stapleton as chairman and Alex Nieroth as vice-chairman at its meetings this week in Colorado Springs. Stapleton takes office immediately and replaces Bill Peterson, who served as board chairman since March of 2010. Nieroth replaces Mark Abramson as vice-chair.

As board chairman, Stapleton will work closely with the organization’s senior management team to fulfill USA Cycling’s mission of achieving sustained success in international cycling competition, serving members, and growing competitive cycling in America. The office carries a two-year term with the next election slated for the spring of 2016.

“Bob & Alex bring extraordinary depth and breadth of knowledge and experience to the leadership positions of the USA Cycling Board of Directors,” said USA Cycling CEO & President Steve Johnson. “Their extensive understanding of business, and particularly the business of our sport, adds an important dimension to our governance, and I, along with our entire executive staff, am looking forward to working closely with them as we continue to develop this great sport.”

In 2005, Stapleton founded High Road Sports, Inc., a sports management company that owned and operated Team HTC-Highroad and predecessors, which were the most successful men’s and women’s professional cycling teams in the world from 2008 through 2011. Currently, Stapleton is a director of Ironman, as well as an advisor for leading private equity firms. He holds Bachelor of Science and MBA degrees from the University of California.

“I look forward to working with USA Cycling and its stakeholders to enhance the sport for the benefit of our athletes, event organizers and members," Stapleton said.

Joining the board in 2012, Nieroth was most recently a Principal at Team Epic/Velocity, one of the leading sports and entertainment marketing services companies in the U.S., a firm he co-founded in 1999. He started his corporate employment in Brand Management Marketing at Procter & Gamble/Vicks prior to launching a 30+ year career in marketing consulting beginning at Connecticut Consulting Group where he managed the NFL among other clients. Nieroth’s experience in multiple marketing agencies which he started and led has included working with corporate clients such as Gillette, Mars, AT&T, General Motors, and Texaco with such rights holders as the World Cup, Olympics, NFL, MLB, NASCAR and the Rolling Stones. His more strategically focused and results oriented approach to sponsorship marketing was featured in Business Week magazine as having contributed to a change in the sponsorship industry at a time when lifestyle sponsorship investment was not traditionally leveraged, measured and  fully optimized.

Nieroth was born in Paris, France, and graduated from Georgetown University and the Columbia University Graduate School of Business. He has a daughter and son and resides with his wife of 39 years, Penny, outside of Park City, Utah, and in Nantucket, Mass., and is a road and mountain bike racer.

“I welcome the opportunity to work more closely with Steve and the topnotch USA Cycling staff to grow this sport and to help leverage the passion and commitment so many of us have,” said Nieroth.