Bouhanni To Take Up Boxing After Cycling Career 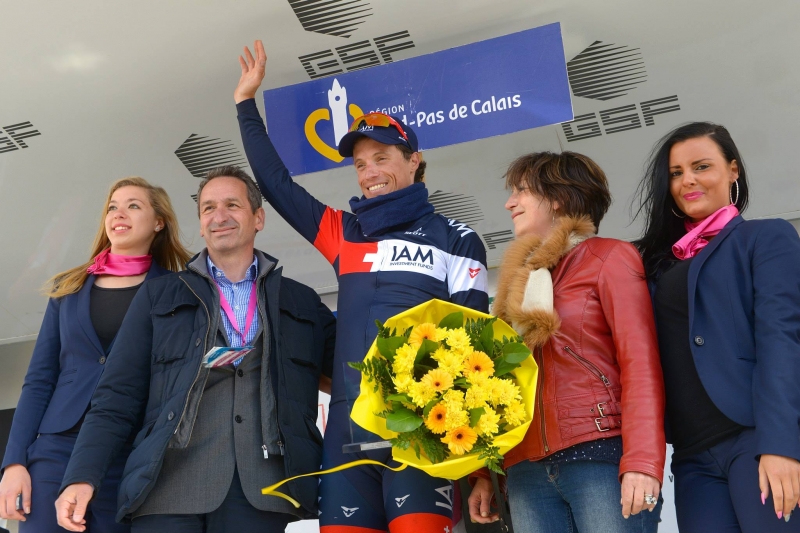 From the peloton to pugilist, is a role that Nacer Bouhanni is hoping to adopt after he ends his cycling career.

Bouhanni, who was a competitive boxer in his youth, told the French newspaper, L’Equipe, that he hopes to return to the sport after he retires from cycling.

“I’ll stop cycling around 32 years of age and that will leave me at least two years to go as high as I can in boxing,” Bouhanni said. “Just like as a cyclist, I’ll be 100 percent invested in it.”

Each year, the French rider travels to the Nouzonville boxing club, for his annual four-day boxing boot camp, where one of his sparring partners is the accomplished boxer, Hakim Chioui, who will fight for the European middleweight title in March.

“Nacer was at all of my preparations for the French Championships,” Chioui said. “He’s a very good boxer, diligent. He’s a sparring partner who I consider like a member of our club.”

“Boxing is my passion and cycling is my job,” is Bouhanni’s tacit response to his recent announcement.

Furthermore, he draws an insightful parallel between the two disciplines.

“In boxing, your heart-rate gets up to 180 beats per minute very quickly, like in a sprint,” Bouhanni said. “It’s ideal for the transmission of energy, for strengthening your upper body and for strengthening your core. On the mental side of things, it helps me to master my emotions before unleashing all of my rage in the final 200 meters.”

Hopefully, fans will be treated to a few more years, of seeing one of their favorite sprinters animate the peloton, by putting his rivals on the "ropes" – as he accelerates toward the finish line.