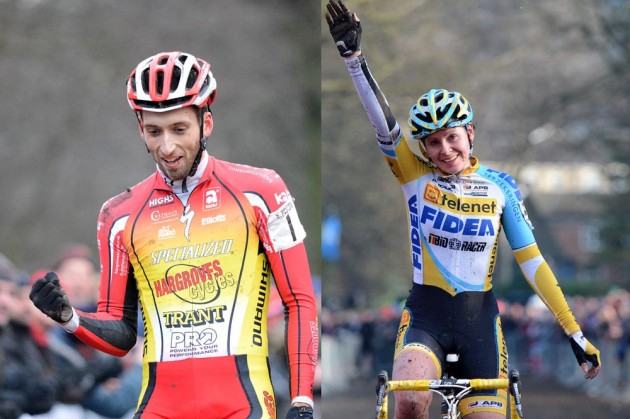 The 28-year-old had cited Liam Killeen as his biggest threat in the lead-up to the race and it proved to be correct as the Specialized UK rider finished second. Lewis Craven (Wheelbase Altura MGD) was third.

Steven James of Hargroves Cycles led the race out from the start, opening a small gap to a group led by Alex Paton (Pedal Heaven Colbornes RT).

Hargroves team mates Jody Crawforth and Ian Field were also up towards front, along with Liam Killeen (Malvern Cycle Sport).

Tony Fawcett (Pioneer Scott Syncros) was also up in the top ten with Steven Roach (Ride Coventry) also up there, 12 years after winning in Abergavenny.

Roach then went on to take the lead with Crawforth and Paton on his wheel as James started dropping back.

Around this time, Lewis Craven started looking to break into the top ten, as did veteran winner Nick Craig.

From a group of six, the lead group started to take shape as Craven took the lead with Killeen and Field on his wheel and a gap back to the others.

Killeen then took his turn on the front before on a small climb out of the pit area, Field made his attack, driving away and never looking back on a course that is difficult to chase a gap down on. Killeen missed the jump and never recovered, with Crawforth keeping him company.

With four laps to go, Field had opened up a 38-second gap and the other two medals would be decided from a group of Paton, Craven, Roach, Crawforth and Killeen.

On the final lap, Craven looked coming into the hurdles and it looked as though Crawforth would take third with Killeen comfortable in second but Craven found a second wind and powered forward to seal third place.

Field said after the race: “The race went to plan, I think it was text book actually. I bided my time and let other riders get the freshness and the excitement out of their legs.

“I put 100% effort in when I attacked and the gap to the others grew and grew as the race went on which allowed me to ride my own race towards the end.

“Steve James went early, he was super fresh today, he was ill last week. I think he did a good job for the team getting some publicity early on. I sat on the wheels in the opening few laps, just to see what others were going to do then got going when I thought the time was right.

“The pressure on me to win the Nationals gets a bit less each year, I’ve won it four times now, as well as the National series and had a 12th at Milton Keynes so it’s been a good season for me.”

The 33-year-old, who rides for Kona, beat Young Telenet Fidea rider Harris to the line by around 15 seconds.

It was a tight start to the race with Harris and Wyman being the two main protagonists as expected, with Harris just holding the lead.

Mellor was looking good in third and had Tracey Moseley (T-Mo Racing) alongside her with Annabel Simpson (Hope Factory Racing) riding well just behind.

Junior riders Evie Richards (T-Mo Racing) and Ffion James (Abergavenny RC) were also riding a good race and were up towards the front.

performance after a slow start to pick her way through the field to jump from ninth up to third by the end of the second lap.

Wyman overtook Harris and with two laps to go, opened up a gap allowing her to pull away to victory.

T-Mo team mates Alice Barnes, back from a couple of injuries, and Evie Richards

Were enjoying a tussle just behind and offered a focal point for the spectators.

Mellor kept the pressure on Last for third place but couldn’t stop her from taking the third step on the podium.

Wyman said: “I’m really happy with today and a ninth title, it always feels good to win a National title and I like the jersey, I don’t think anyone would recognise me in anything else.

“It’s good to beat Nikki in any race, we are both racing at International level week in week out and representing the UK in this sport.

“I came here and I knew Nikki and Annie would be strong but Annie starts towards the back and has a lot of work to do to get up to us and when Nikki and myself race at the highest level, it’s going to be hard to get up to us let alone race.

“We’ve raced seven times in the last two weeks so we are race-fit. I knew if Annie wasn’t on us it would be between Nikki and myself.”