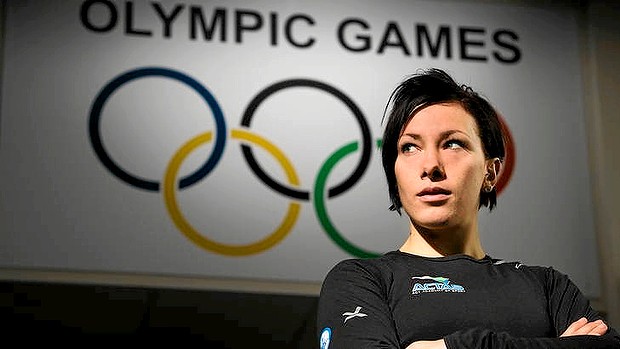 Ok, so she’s not a "roadie", but it’s still an achievement worth noting.

– Caroline Buchanan was awarded Australian Cyclist of the Year last evening in Melbourne.

The 2013 dual world champion took the night’s highest honor, the Sir Hubert ‘Oppy’ Opperman Medal & Trophy as the Australian Cyclist of the Year, joining Anna Meares (2008 and 2012) and Anna Wilson (1999) as the only women on the honor roll.

Buchanan, who became the first Australian cyclist to claim two world titles in two different disciplines in the same season, scooped the pool by winning each of the four award categories in which she was eligible.

The 24-year-old was also named the Elite Female Mountain Bike and BMX Cyclist of the Year and received the tick of approval from cycling fans by winning the SBS People’s Choice Award public vote.

"To win an ‘Oppy’, it is without a doubt the biggest award or achievement I have ever won," said Buchanan, who claimed the ‘Oppy’ ahead of finalists Michael Hepburn (Elite Male Track) and Richie Porte (Elite Male Road).

"It shows that all the hard work and stress not just in 2013, but since I was a little girl, has paid off.

"Since I was a little girl going to the Cycling Australia awards dinner, I’ve been looking up at riders like Anna Meares and Cadel Evans and really aspiring to be at that level.

"So it is very humbling to be up with these names and to set the history for the BMX and mountain bikers of the future."

It was a superb 2013 season from Buchanan, who embarked on an ambitious campaign of winning a unique cycling world championships ‘triple crown’ in just two months and across three continents.

Buchanan’s whirlwind world tour began with claiming the BMX world title in New Zealand in August and was followed by a fifth place in the downhill event at the MTB & Trials World Championship in South Africa.