Cyclists in the UK Called "Louts" 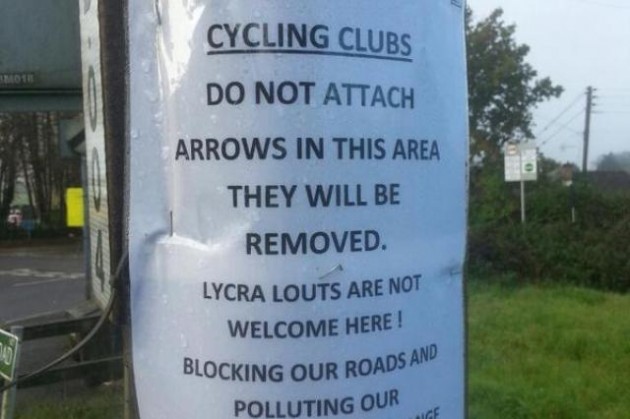 Some residents of Biggin Hill in the UK, are lashing out at cyclists by posting signs of unwelcome throughout the area.

Indeed, signs can be found around the London suburb, protesting  against cycling clubs from riding through their area – calling them "lycra wearing louts’.

Specifically, the residents are rallying against the use of plastic direction signs that some clubs have put up as part of their organized events – calling them pollution.

In addition, the residents are also accusing cyclists of polluting their area by  “blocking their roads".

The signs were discovered by riders, who later turned to social media to evidence the madness.

To wit, @trivers1985, saying: “Come across this while out #cycling in #bigginhill.