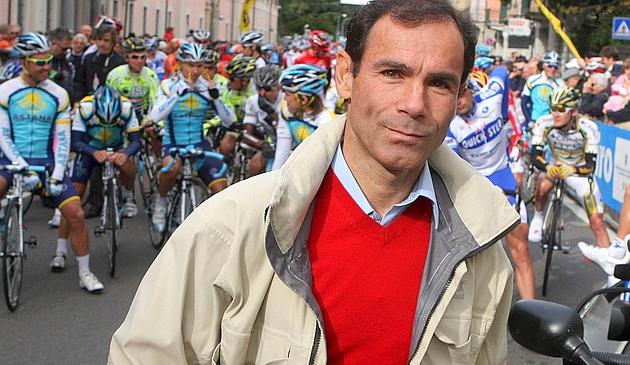 According to the Italian media, Davide Cassani has been appointed  the new coach of the Italian cycling national team, pending formal ratification by the Italian Cycling Federation – later this month.

It was reported that Cassani met with FCI president Renato Di Rocco at the home of race team legend, Alfredo Martini, yesterday – to discuss his new role.

Upon speaking with the Italian newspaper Gazzetta dello Sport, the  53-year-old Cassani had little hesitation in agreeing to take on the position of national team coach.

“If I’ve said ‘yes’ straightaway, it wasn’t for the money.” "Leading the "squadra azzurra" at the Worlds was simply too tempting a prospect to turn down."

“The Worlds has always been my race Adorni’s Worlds victory in 1968, when I was seven years old. For Gimondi’s Worlds in 1973, I refused to go to an uncle’s wedding. I stayed at my grandparents’ house and I watched the finale of the race on the edge of my seat.”

While Cassani’s position will focus primarily on selecting and preparing the elite men’s team for the world championships, he will eventually have greater responsibilities like coordinating the efforts of all Italian national teams, to include looking at how other countries manage their national teams.

“Up to recently, others have been looking at what we do in Italy, but now we will be the ones watching the others, from the English to the Australians, and not forgetting the French, who perhaps have the best structures of all,” Cassani said. “I want to travel, learn, be inspired and, if necessary, copy. We’re lacking the structures, but the human quality we have is high.”

However, before Cassani can take an active role with his new team, he’ll have to go through a simple formality of renewing his director sportif  license – since his current one has expired.

Cassani is currently a race commentator at RAI. Both he and Di Rocco have discussed the possible of him continuing in his role – albeit in a lesser capacity. "

"I could change roles, from commentator to studio analyst, and exclude the races closest to the Worlds,” he said.

‘It would be important for the federation to have the national coach on screen.” said Di Rocco