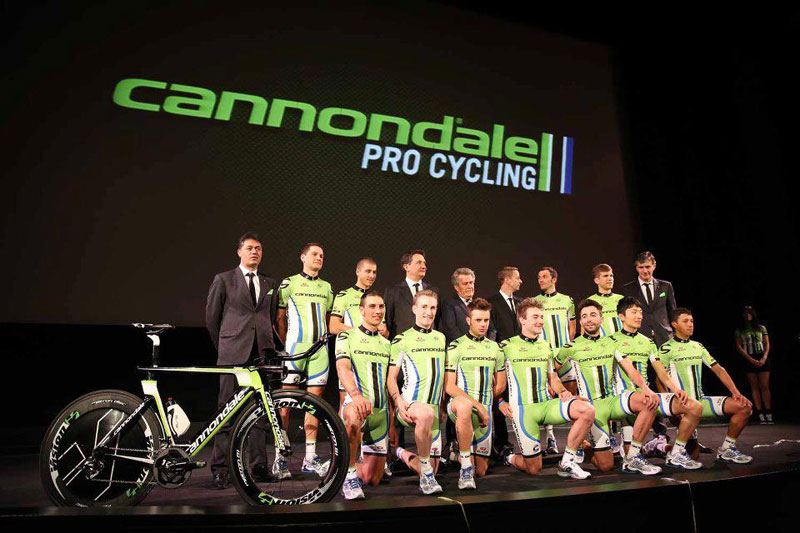 Cannondale, a premium brand of Dorel Industries (TSX: DII.B, DII.A), announced today that it has acquired the majority ownership of Cannondale Pro Cycling and Brixia Sports. “This further investment underlines our respect and the value for the accomplishments of the Cannondale team and recognizes the many benefits this association has brought to the Cannondale brand,” stated Dorel President and CEO, Martin Schwartz. “Additionally, it comes on the heels of our acquisition of the Caloi brand in Brazil and our intention to market Cannondale throughout Latin America.”

Cannondale will maintain its focus on bringing the excitement of pro cycling to fans around the world. It will continue to develop a stable of young, talented international riders with a flair for winning, including Peter Sagan, the winner of two consecutive Tour de France Green Jerseys, as well as rising stars like Moreno Moser, Elia Viviani and newly crowned U23 World Champion Matej Mohoric, just to name a few.

“2013 has been an amazing year for Cannondale Pro Cycling athletes and for the awareness of the Cannondale brand,” said Bob Baird, CEO, Cannondale Sports Unlimited. “We’re looking forward to this next step with the team. We’re passionate about pro cycling and furthering the sport with integrity and have a vision of building the most admired pro cycling team in the peloton. We’re confident the team will be  extremely competitive in races all over the world and will continue to create unparalleled awareness for the Cannondale brand. We have seen an increase in our market share of Cannondale since beginning this association and expect this to continue.”

With this added investment, Dorel remains fully committed to the team.  Discussions with Tinkoff Credit Systems have been terminated.

Since 2007, the team has won three Grand Tours including the Giro d’Italia in 2007 and 2010 and the Vuelta a Espana in 2010. During that time, they’ve also won three Tour de France jerseys, including the 2009 Polka Dot and the 2012 and 2013 Green Jersey along with countless prestigious individual races. Throughout, the team has ridden the race-proven line of Cannondale bikes including the SuperSix, Slice, Slice RS, Synapse and the “Best Bike in the World,” the SuperSix EVO.