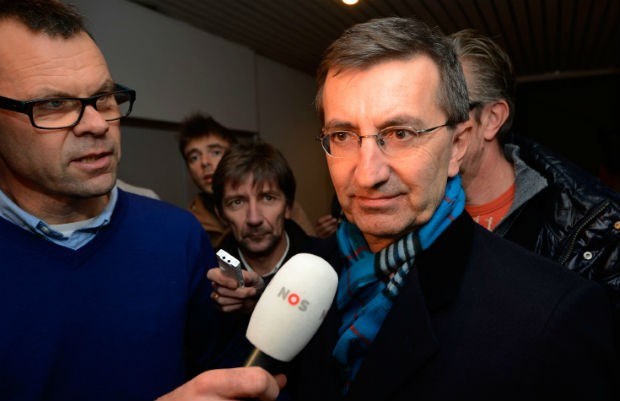 Former team doctor for Rabobank and Team Sky, Geert Leinders, was given a lifetime ban by the US Anti-Doping Acency (USADA) and  Anti-Doping Denmark (ADD), as well as and Anti-Doping Authority Netherlands (Dopingautoriteit), for his role in procuring and administering performance enhancing drugs to riders.

A three-man panel found the Belgian guilty of multiple doping violations from his time as doctor with the Rabobank team.

The hearing took place on August 14, 2014, however, neither Leinders, nor any representative on his behalf was present.

“After a hearing at which the detailed evidence, including eyewitness testimony, corroborating documentation and an expert analysis of abnormal blood values of cyclists was presented, the independent Arbitration Panel found that Leinders possessed, trafficked, and administered banned performance enhancing substances and methods without any legitimate medical need, including EPO, blood transfusion paraphernalia, testosterone, insulin, DHEA, LH and corticosteroids to athletes under his care, and was complicit in other anti-doping rule violations,” a statement on USADA’s website read.

Leinders was Rabobank’s team doctor during the 2007 Tour de France, wherein Michael Rasmussen was expelled from the race while wearing the maillot jeune, after the Dutch rider evaded doping controls before the start of the race.

In May of 2012, Rabobank’s former team manager, Theo De Rooy, publicly told the Dutch press, that his team engaged in the use of banned substances at the behest of medical staff, in a manner that was "deliberate".

“It shocks the conscious that a Board member and team doctor would abuse his trusted position by overseeing and participating in this type of dangerous and fraudulent activity,” said USADA CEO Travis Tygart. “This case also demonstrates the global commitment of independent anti-doping organizations to ensuring that those who break the rules in an attempt to win and to profit from their cheating are held accountable. As we said from the beginning of our cycling investigation, ridding those in the system who attempt to justify doping as a means to an end is the only way to truly clean up cycling for current and future generations of athletes.”

“Athlete eyewitness testimony can play an important and powerful role in the investigative process, and in this case, Michael Rasmussen’s cooperation and testimony was integral to the outcome,” said ADD Director Lone Hansen. “This case was an important opportunity for ADD to collaborate with our partners at USADA and Anti-Doping Authority Netherlands to pursue a level playing field in cycling, and we know that continued global collaboration is the only way to provide a level playing field for all athletes in all sports.”

Following his tenure with Rabobank, Leinders was hired by Team Sky during the winter of 2010. As a result, he found himself in the center of a media frenzy during the 2012 Tour de France, when allegations first surfaced about his role with Rabobank.

At the time, Sky’s team director, David Brailsford, was quoted as saying:

“I categorically, 100 per cent say there is no risk of anything untoward since he’s been with us. But there is a reputational risk.”

Team Sky later severed ties with Leinders, following an internal investigation, which was never made public.

As part of USADA’s case against Leinders, taped testimony from former Rabobank riders Michael Rasmussen and Levi Leipheimer, was used in their investigation.

In their testimony, both riders indicated that Leinders both procured and administered EPO to them, while at the helm of Rabobank’s medical staff – between 2003 to 2007.

Under the ban, Leinders is prohibited from training or advising athletes, and participating at any event sanctioned by USA Cycling, the International Cycling Union (UCI), or any other WADA Code signatory.