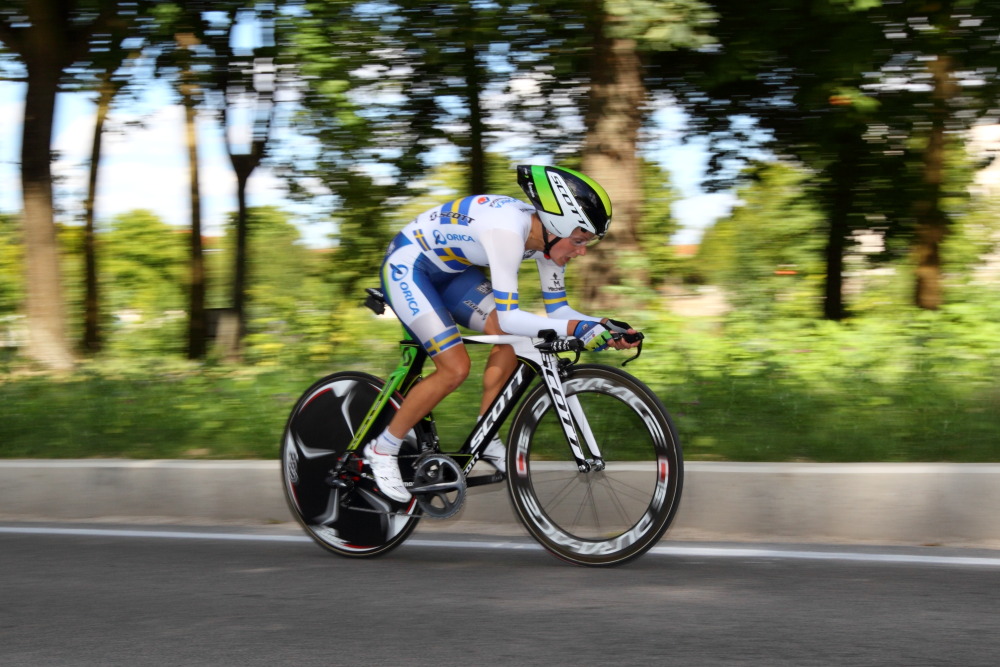 “I honestly don’t remember much because it’s so short of an effort,” said Johansson.

“It was almost over as quickly as I started. It was very fast. I remembered to bring up my speed before each of the three cobbled sections, at the start, on the little hill and in the last 150 metres.

"I was focused on that, but otherwise it was just full gas. That’s all you can do with a prologue, go as hard as you can.”

Johansson, the Swedish national time trial champion, has been on form lately and is coming off a recent victory at the Thüringen-Rundfahrt in Germany, where she won two stages.

Orica-AIS also placed four other riders in the top 13, all within 10 seconds of their teammate.

The first stage of the eight day tour continues in Soissons with a 121km stage to Enghien les Bains.

"The stage ends with a technical circuit, and it’s important to stay in front on those four laps at the end.

"As long as the race stays together, I should be able to keep out of trouble and stay in yellow for the next few days.”