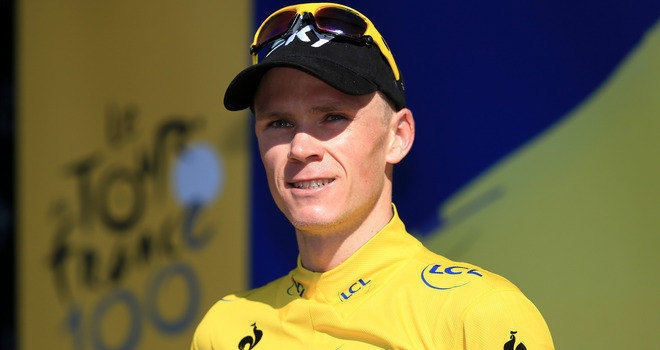 Almost 18 months after Armstrong’s seven Tour wins were struck from the record, an independent panel created by the new International Cycling Union leadership has begun work to discover the extent of the sport’s past problems.

"I hope that anyone who does have anything to contribute would get involved.” Froome told the media in an interview yesterday.

The three-man Cycling Independent Reform Commission aims to investigate how doping occurred between 1998-2013, and possible UCI complicity in helping Armstrong and his teams avoid scrutiny.

"I am hoping that at the end of the day people will be able to say of it, ‘Right, that was that era, we can now put that to bed and stop asking questions about it,”’ Froome said.

Armstrong and former UCI presidents Hein Verbruggen and Pat McQuaid will be invited for confidential, closed-door interviews with the panel, which is based in Lausanne, Switzerland.

None of the three has committed publicly to meeting with the panel, which is chaired by Swiss politician and prosecutor Dick Marty.

Froome said the panel could engage "not just necessarily those three, but anyone really who is part of that era and can contribute to resolving it.”

The Team Sky leader, who made a winning return to racing last month at the Tour of Oman, said he had not heard much talk about the commission among current riders, who must help restore the sport’s credibility.

"There’s a lot of really, really talented young riders coming through the system now that I believe in personally.” Froome said. "These are going to be the guys carrying the torch going forward.”