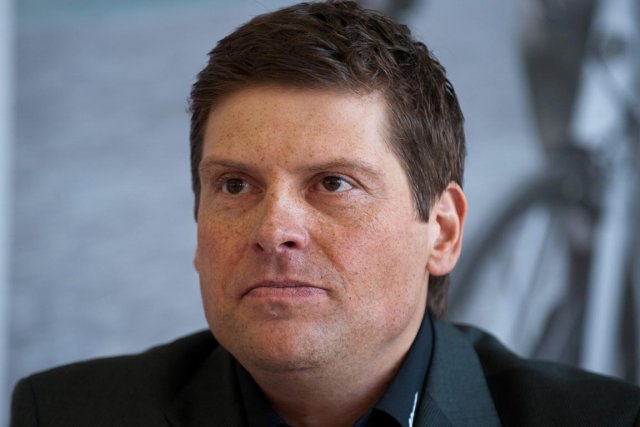 Former Tour de France winner, Jan Ullrich, has admitted to being behind the wheel of a car that crashed into two other vehicles, injuring two people, in Thurgau, Switzerland where he lives.

Police, who described the collision as a drunk driving incident causing tens of thousands of francs worth of damage, did not identify Ullrich as the driver at fault.

But the 40-year-old former cyclist admitted his involvement in an interview with Swiss tabloid Blick published on Wednesday.

The newspaper said Ullrich’s silver Audi A6 station wagon rear-ended a Citröen C3 Pluriel at a stop sign near the village of Happerswil on Monday, shortly after 8pm.

The Citröen flipped over from the force of collision, while the Audi slammed into a Alfa Romeo 147 before ending up in a field, according to the report.

“I was stressed, coming from an apppointment, and wanted to go home as soon as possible.”

Ullrich told the paper that he was driving by his own estimate 20 kilometers an hour too fast.

“My God,” he said, “that can happen to anyone,” adding “there was no alcohol involved”.

However, Thurgau police said on Tuesday that the accident was alcohol-related.

Police said they obtained a 1.4 blood-alcohol reading from the driver of the vehicle who caused the accident by not braking in time. almost three times higher than the legal limit of 0.5.

Ullrich’s accident is the latest chapter in a story of an athlete whose successful career was tarnished by doping offenses.

He went on to capture gold and silver medals in the Sydney 2000 Olympics after winning the Tour de France in 1997.

But in 2006 he was barred from the classic French race amid doping speculation and he retired the following year.

The Lausanne-based Court of Arbitration for Sport found him guilty in 2012 of a doping offence and he was stripped of all results obtained since 2005.

This week’s accident is not the first time the cyclist has been implicated in a motor vehicle accident.

In 2002, his driver’s licence was suspended after he was caught drunk driving in Germany, crashing his Porsche into a bike rack.