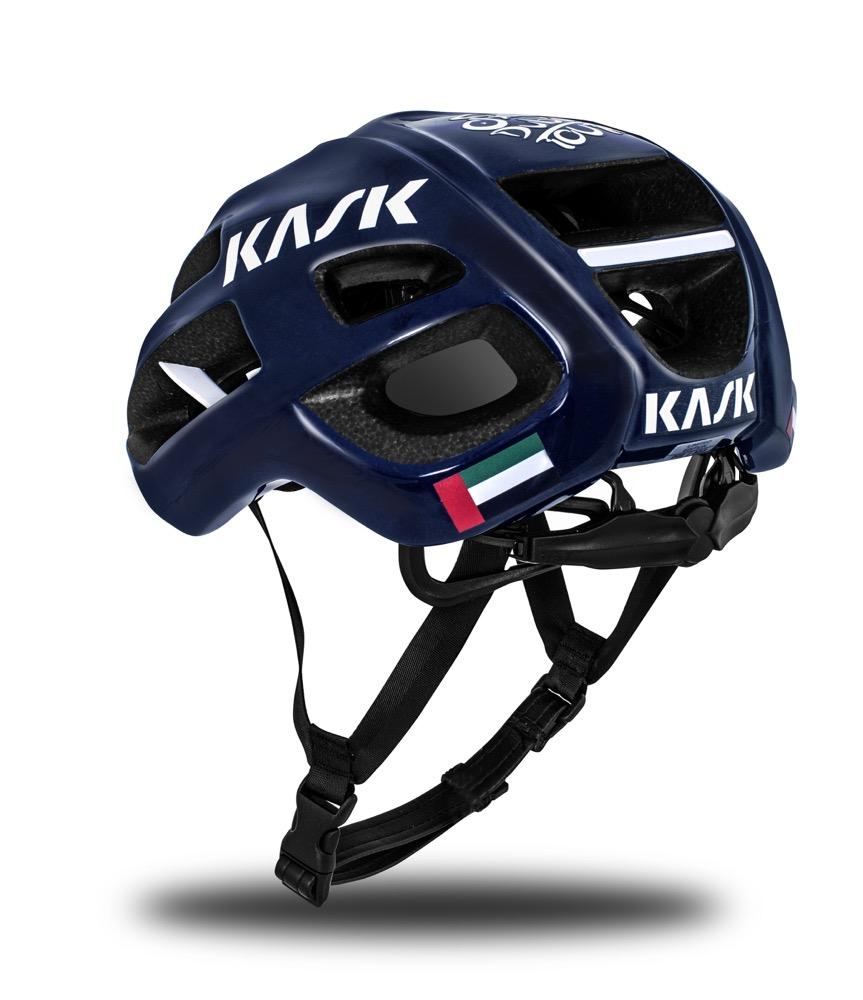 The Italian helmet brand, Kask, announced that it’s launched a special edition of its Protone helmet to celebrate this year’s Dubai Tour.

According to Kask, they styled the Protone with special artwork in collaboration with Dubai Tour organizers. Furthermore, the helmets have been limited to a run of 333 – the number "3" signifying the Crown Prince of Dubai’s favorite number.

In addition to the Protone’s wind-cheating capabilities, perhaps its most interesting feature, is the ability for cyclists to stow their glasses securely in the helmet’s vents, while not impeding aerodynamics.

The first helmet numbered 003 will be given away at the opening stage by the Crown Prince himself, which raises the question- who gets 001 and 002 ?  😉