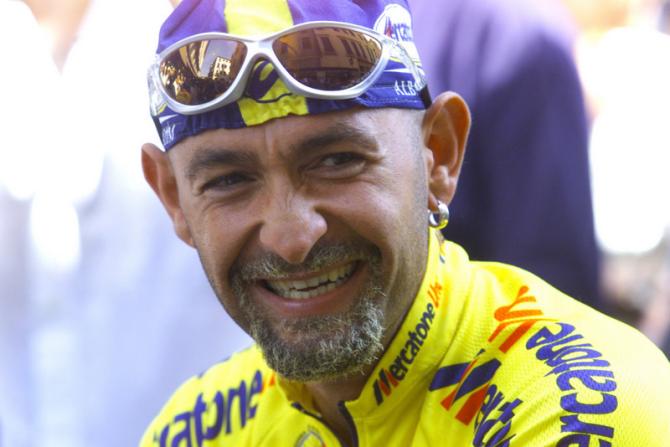 As the anniversary of Marco Patani’s death nears, Pantani’s lawyer claims that the hotel in which the Italian climber died was a "polluted" crime scene, writes Edoardo Rasetti.

The 14th February will mark the ten-year anniversary of the death of the “Pirate”, Marco Pantani. The official story says that he committed suicide by overdosing on cocaine in a hotel room in Rimini, on Italy’s east coast. But even after ten years the controversy surrounding the cyclists death seems to not end as Antonio de Renzis, the lawyer representing Pantani in his murder trial and his parents, has made some very strong accusations on Italian television on how he thinks that the crime scene was violated.

Speaking on the program Mattino Cinque the lawyer said: “180 coloured photographs, a video which is interrupted twice; but videos that film crime scenes should never interrupt. You can see a person in a white coat without the shoe and head cover that is filming . Hence the ‘pollution’ of the crime scene is proofed by these images.”

De Renzis’ surprising accusation were far from over though: “Marco was in a puddle of blood in a room that seemed torn apart from a hurricane. Looking at the video you can immediately comprehend how the investigations are heading only in one direction, that is drugs, while I think that the investigations should’ have taken in consideration many other scenarios, we would like to study in depth all small but significant details.”

The details mentioned by De Renzis were immediately explained: “We will ask that certain details will be studied more thoroughly, there were people that should’ have been asked certain questions and certain things weren’t there.”

The barrister then specified some of the details that he and Pantani’s parents think need to be studied and analysed in depth: “There are certain elements which need clarification: According to the official version Marco had a delirium, but the mirror torn-apart from the bathroom are all casually on the correct side.”

Even Tonina Pantani, Marco’s mother, had something to say regarding the investigation on her son’s death: “I read the , and told them about people that were bothering him, an hour later he was found dead.”

She also mentioned the curious story of the jackets that as she recalls were left in Rimini? – and that is why she thinks it might be more than suicide- that, along with a lot more evidence, remains a mystery. My greatest query is that Marco might have been killed.”