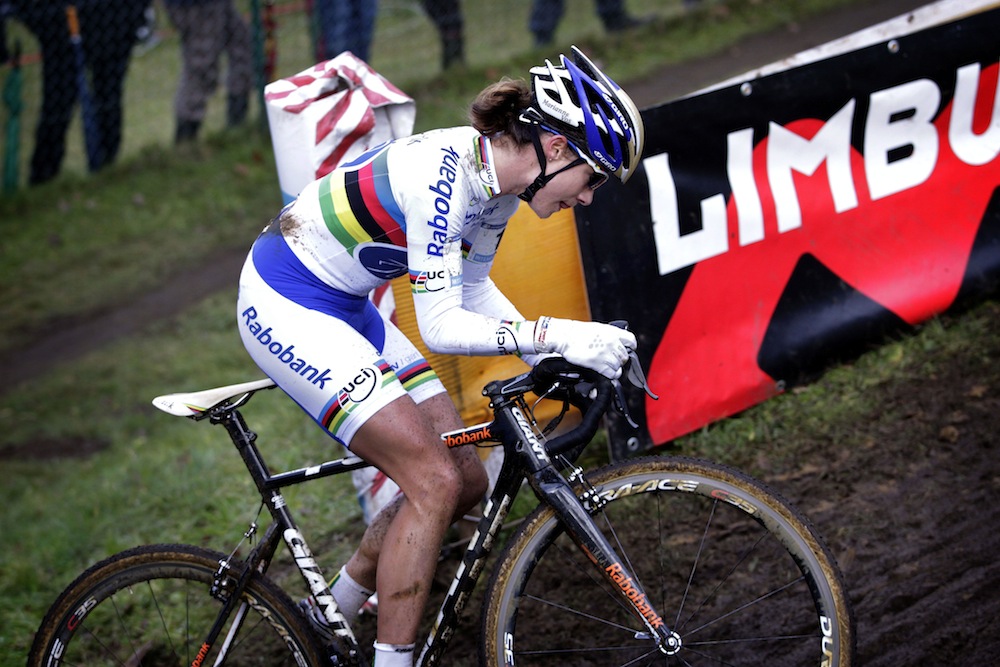 After a conspicuous absence during the start of year’s cyclocross calendar, Marianne Vos announced that she will begin her cross season by racing in round 4 of the World Cup series in Namur, Belgium on December 21.

The World Champion took a much needed respite following a lengthy "road" season, before traveling to South Africa, where she won the Momentum 947 Cycle Challenge in mid-November. She was also busy attending a national team training camp for two weeks as well.

Vos will also compete in the fifth World Cup in Heusden-Zolder on December 26, followed by the Superprestige Diegem on December 28, Bpost Bank Trofee series’ Azencross Loenhout on December 30, Internationale Centrumcross van Surhuisterveen on January 2 and the Dutch National Championships on January 10, according to the Cyclingquotes report.

The UCI Cyclo-cross World Championships will be held from January 29 to February 1 in Tabor, Czech Republic.