Mark Cavendish Out of the Tour de France 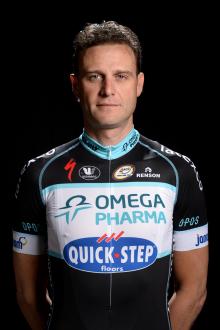 Mark Cavendish’s Tour de France came to a tragic end, after the British rider failed to recover from yesterday’s crash at the end of stage 1- at the start of this year’s Tour de France.

"It’s devastating," Cavendish told reporters outside his Omega Pharma-Quick Step (OPQS) bus before the start of the second stage.

Cavendish, dislocated his right shoulder in the finale of yesterday’s opening stage from Leeds to Harrogate.

The 29-year-old rider appeared too eager to succeed in the closing few hundred meters, as he he used his shoulders for leverage to avoid being squeezed out, when he swayed towards Australian Simon Gerrans, bringing the both of them down.

"I wanted to cross the finish line as it was in Harrogate, I got back on the bike but couldn’t hold the handlebars.

"When I took my skin suit off my shoulder was sticking out the way it shouldn’t," Cavendish, who had won at least a stage in every Tour since 2008.

"I had held some optimism that it would just be swelling but this morning was worse. I’m gutted and majorly disappointed. I had really wanted to win yesterday for all the people watching."

Omega Pharma’s team doctor, Helge Riepenhof, said Cavendish’s immediate reaction in the hours after the crash was that he wanted to be at the start on Sunday.

"His first thought was I want to race tomorrow and he wanted to know what we could do," he told reporters.

"With things like this Mark needs some time to be convinced that he has no chance to ride. I spent a bit of time with him last night talking and he made the decision that he can’t race and which was quite lucky for me so that I wasn’t the one who had to tell him."

Omega Pharma’s team manager, Patrick Lefevere, described the team’s start to the Tour as a "nightmare" and appeared to suggest that Gerrans had been slightly to blame for the crash.

"Gerrans came a little bit quicker but we was next to Mark. He was at the end of his sprint and tried to go in Mark’s slipstream and he used his elbow to break down Mark.

"Mark used his body against him and the rest is what we saw," Lefevere said.

Cavendish, however, explained it had been a racing accident and said he had apologized to Gerrans.

Omega Pharma’s Tour had been built around Cavendish, and the team suffered more misfortune on the opening day when Italian sprinter Alessandro Petacchi suffered an allergic reaction to a bee sting.

"We could give him antihistamine but the problem is that makes you rather tired," Riepenhof said.

"Cortisone is the other option but you can’t give that and we support that. Today will be tough but I think he’ll get through it."

Omega Pharma’s strategy likely now  focus on Poland’s Michal Kwiatkowski, who can reasonably target a top 10 finish in Paris as well as vying for honors in the young rider classification.

"We go from defending to offence," Lefevere said.

"The other riders have a free role and that means we have to change our tactics."