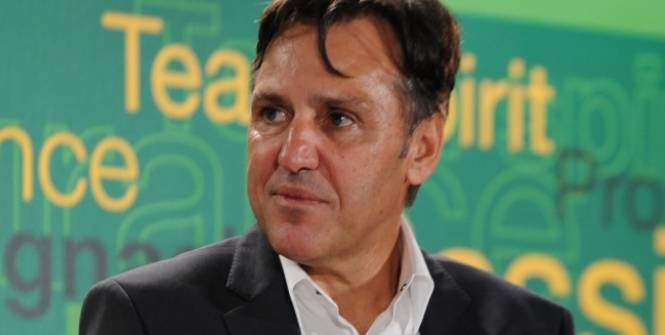 Racism at the Tour, or a misunderstanding?

Europcar’s team director, Jean-René Bernaudeau, has accused Orica-GreenEdge’s Michael Albasini of using racial slurs against one of his riders, Kévin Réza, during yesterday’s Stage 16 of the Tour de France.

Albasini is alleged to have called Réza, a "dirty negro", while both men  were racing amongst a breakaway group of some twenty riders.

According to reports, Bernaudeau proceeded to confront Orica-GreenEdge officials about the incident, at the end of the stage.

“I don’t tolerate racism,” said Bernaudeau. “After doping, it’s the other scourge of this sport. I found Kévin very upset after the race. This is unacceptable, inadmissible.”

It was later revealed that Bernaudeau spoke to Albasini on the telephone about the incident, wherein the Swiss rider denied making the racist remark.

“I told him what I thought of his attitude,” added Bernaudeau. “He told me it wasn’t true. But I trust Kévin and he was upset. I told Albasini to go and see Kévin at the start in Saint-Gaudens. I won’t add anything else, but above all I don’t want to drop an issue such as this.”

Réza did not address the issue with journalists this morning. Rather, Bernaudeau said his rider was focusing on the race instead.

For his part, Albasini said it was a misunderstanding under hard physical circumstances.

“I’m happy I could see him this morning to say my version, and I apologized for misunderstanding, I hope that he understood that there wasn’t anything racist; I was just angry with the situation. We had a good discussion and a handshake, all the stories are now clear.”

Born in Paris to parents from Guadeloupe, Réza made his Tour de France debut last year – finishing seventh during the final along the Champs-Elysées.

In an earlier interview with the Australian media, Réza said that he’s never experienced racism in the sport.