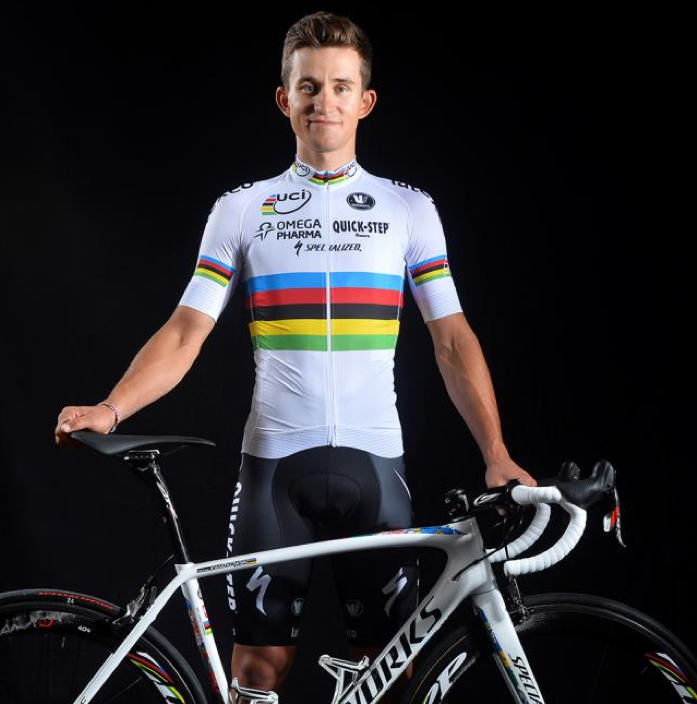 Thanks to the keen observation skills of a bike mechanic in Morgan Hill, California, Michal Kwiatkowski’s stolen Specialized bike that he won the 2014 World Champions on, was recovered by local police last week.

Steven Scheper, a mechanic at Bicycle Outfitters in Morgan Hill, was contacted by an acquaintance, asking if he was intreated in purchasing two Specilaized road bikes. After seeing the photos of the bikes, Scheper realized that there was something amiss. He subsequently contacted a nearby Specialized dealer, who in turn put him in contact with officials at Specialzed’s headquarters.

The bikes in question were Michal Kwiatkowski ‘s World Championships S-Works Tarmac, and a limited production McLaren Tarmac, which belonged to company founder Mike Sinyard, that were stolen during a break-in of Specialized’s headquarters, while on display in the lobby.

In cooperation with police, Scheper arranged to buy the bikes from the contact at a local mall, where the alleged perpetrators were apprehended.

Scheper said Specialized has offered to give him a bike in thanks, but he’s not being greedy.

"I’m OK. I might pick out a low-end dirt jumper. I don’t need a reward. I’m glad the bikes are back because they are really one-of-a-kind," Scheper told BRAIN on Friday. "I wouldn’t want some tweeker to just cut them up and sell off the parts."