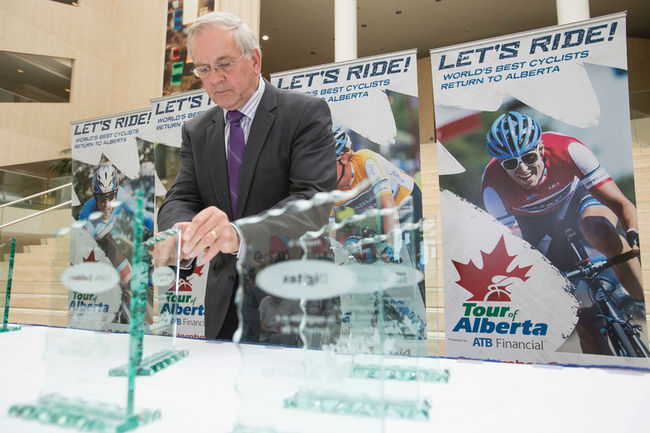 “Like last year, we have put together a great world-class field which includes several top-ranked World Tour teams, along with the top professional teams on the North American continent,” said Tour of Alberta Executive Director Duane Vienneau. “We’re extremely pleased to have the Cannondale and Garmin-Sharp teams back, noting Peter Sagan (Cannondale) and Rohan Dennis (Garmin-Sharp) were two of the big heroes from last year’s race. To have Orica-GreenEDGE and Giant-Shimano, which have some of the world’s best sprint corps, which will really spice up what is expected to be a fast race.”

“I look forward to bringing the national team to Alberta again for 2014,” said Gord Fraser, the Canadian National Team Director. “Last year’s inaugural edition was a tremendous success not only for the development of my Canadian riders, but also showcasing professional cycling to media and business leaders in western Canada and across the globe. Last year my rider Antoine Duchesne had a fantastic race that helped him secure a place on a world tour team and I’m hoping someone from this year’s team has a similar opportunity.” Each team will have eight athletes. Preliminary rosters for the race will be announced in late August.

Last year, the event drew 120 cyclists, including athletes from 25 countries, plus Tour de France and Olympic heroes and current world and national champions. The world’s No. 2-ranked rider at the time, Sagan won three of the event’s six stages and the Subway® Sprint Points Jersey. Dennis won the overall race and this year placed second overall at the Amgen Tour of California, one of the top races outside Europe.