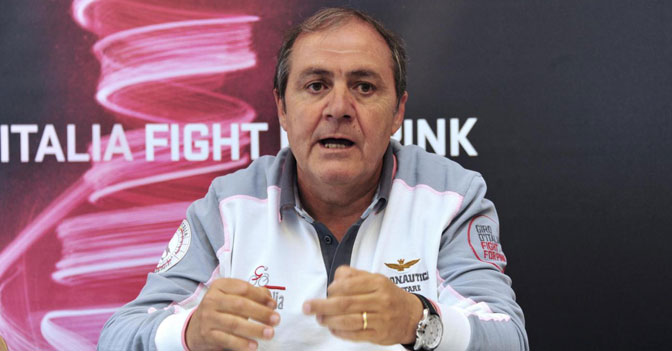 Following UCI president Brian Cookson’s remarks last week, that he’s in favor of streamlining the European race calendar, by considering reducing the length of the Gran Tour events, Giro d’Italia race director, Mauro Vegni, has come out saying that he thinks the plan is "stupid” – and outside the UCI’s initial reform policies.

“We did not talk about it, we talked about reform in general".

“I’ve never seen a real proposal on the table to reduce them. It would seem stupid to me. We have a good thing, why cut it back?”

The UCI has been meeting with race organizers and stakeholders, in order to introduce their new reform plans – which they hope to put into effect in 2017.

Some of these reforms involve the reduction in the number and size of teams, a new points system, and a streamlined calendar, which could result in the shortening of the Grand Tours.

In the midst of these discussions, Cookson mentioned to the media, that the UCI was considering shortening the Giro d’Italia, Tour de France, and the Vuelta a España – in order to lessen the strain on the cycling calendar.

To wit, Cookson told the Spanish newspaper, AS, last week:

“Nothing is untouchable,” Cookson told Spain’s AS newspaper Wednesday. “We want to plan for a better sport in which the top cyclists are able to participate in the top races. With the current calendar of three grand tours, each three weeks, it’s impossible.”

Needless to say, this has caught the ire of Gran Tour bosses like Vegni, who have come out publicly in opposition of changing their "historic" races.

“Cycling needs events that promote the sport. The events have a good and important return from TV and with journalists,” Vegni explained.

“To reduce the grand tours, those races that give the most visibility to our sport, would be an error. Why would you go and castrate your best product?”

Furthermore, Vegni feels that Cookson is attempting to "package" cycling, so that the UCI can better sell the sport globally. Rather, his advice to the UCI, is to trim away some of the calendar’s "fat", and reduce the number of smaller, unpopular races that have popped up over the last 10 years.

“Now, all you need is someone to come along and propose a race, and they will put it in . We should not cut the grand tours for those races.”

“You have to be able to promote cycling in the new countries, and that happens with the big events, not with the small races. You take the big races to those countries and leave behind a mark for the locals to continue the work. You do it via the big events, the grand tours, Milano-Sanremo, Paris-Roubaix. It’d be absurd to touch cycling’s heritage.”