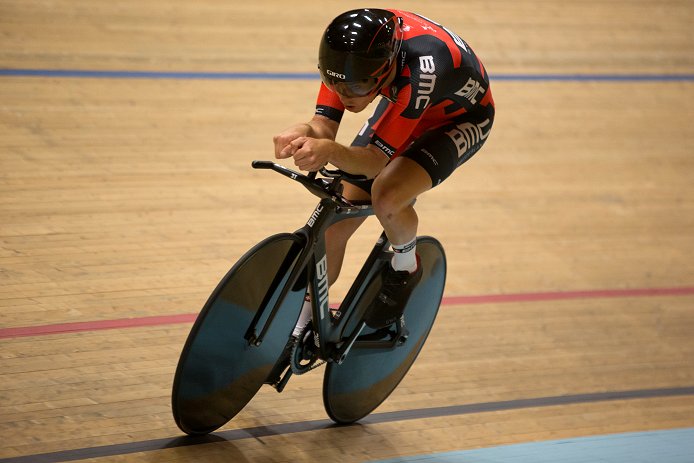 Rohan Dennis lived up to everyone’s expectations today, after the Australian rider set a new Hour Record – beating Matthias Brändle’s benchmark after covering 52.491km at the Velodrome Suisse in Grenchen.

“I’m pretty tired but really proud,” said Dennis, who has begun the season on something of a high after winning the Tour Down Under last month. “BMC made it easy. The whole week leading into this since the Tour Down Under was really stress-less, it was perfect. It nearly felt too easy but of course it wasn’t. It was just that they made it absolutely perfect.”

“It almost feels too easy — but obviously it wasn’t,” he said. “Hopefully the record stands for a little while.”

Before Dennis set out on his mission, Brändle said he thought the young Aussie had a good chance to succeed where Bobridge had failed, and said his own ride since setting the record had been a wild one.

“I’m happy that I’ve been able to keep hold of the record for three months now.”

“It gave me a lot of publicity, and continues to do so. I helped me make a name for myself around the world and gained me respect in the peloton.”

It will be interesting to see if Dennis’s record will prove to have some staying power, with time trial experts like Bradley Wiggins (Sky), expressing their interest in  tackling the prestigious record.

“Wiggins is the main rider to be able to beat me,” Dennis said. “There’s also (Thomas) Dekker. We have to see what the altitude in Mexico can bring.”