Schwinn Reprises the Sting Ray with a 50th Anniversary Bike 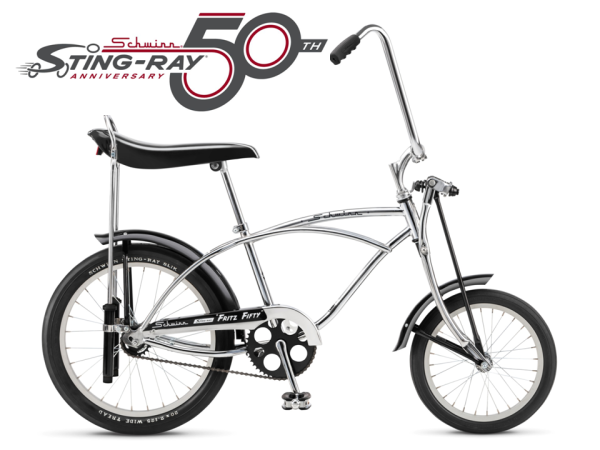 Created by Schwinn Engineering Vice President Al Fritz, the Sting Ray became a fixture in many garages with it’s inimitable banana seat and ape hanger bars. The Stingray was originally produced from 1963-1981 – with the popular Krate models offered from 68-73.

As a tribute to the late designer, who sadly passed away earlier this year in May,  Schwinn will produce a limited run of the “Fritz Fifty.” The limited edition bike will feature  a completely chromes frame, and only 500 will be made. Each bike will be numbered, along with a seal of authenticity memorializing Fritz’s signature.

To further honor Fritz, a portion of the proceeds will be donated to the Alzheimer’s Association in his name.

Fritz Fifties will be available the first week of December exclusively at independent bicycle retailers in the US. In addition, Schwinn is offering a chance to own one for free through it’s Facebook Page.

Founded in 1895, Schwinn is an American icon, building some of the best-known and best-loved bicycles of all time. With a continued dedication to quality, forever synonymous with the Schwinn name, America’s most famous bicycle brand looks forward to providing another century of innovation and performance to people of all ages. Information about Schwinn bicycles is available at www.SchwinnBikes.com.