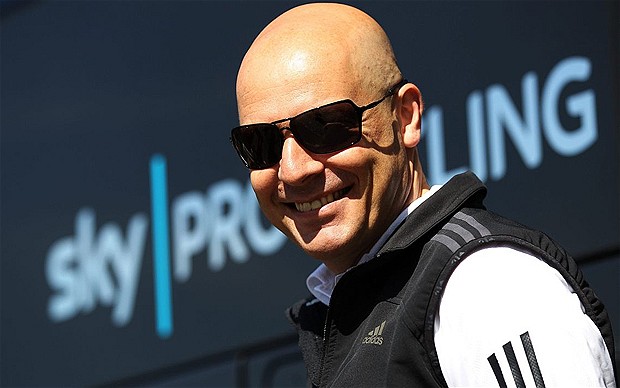 Brailsford has no regrets over not selecting Bradley Wiggins

Team Sky’s director, David Brailsford, says he has no regrets about his decision to exclude Bradley Wiggins from this year’s Tour de France, in favor of supporting Chris Froome’s defense of his title.

With Froome’s abandonment of the Tour as the result of injury yesterday, Team Sky has been forced to turn to Richie Porte as it’s potential winner.

Brailsford overlooked Wiggins, despite his impressive start of the season, after winning this year’s Tour of California in May, and his assurance that he was willing to "work" for Froome in the Tour.

"If he (Wiggins) was considered as the plan B, we would have selected him. Richie Porte is our plan B and we selected a team based on the facts at the time and that’s how it panned out," Brailsford told the media  before the start of stage of today’s stage in Arras.

Brailsford refused to comment if either Froome and Wiggins will compete the Vuelta a Espana or the Tour of Britain, saying only that a  decision will be made after a better assessment of Froome’s injuries and Wiggins’ form after the Commonwealth Games.