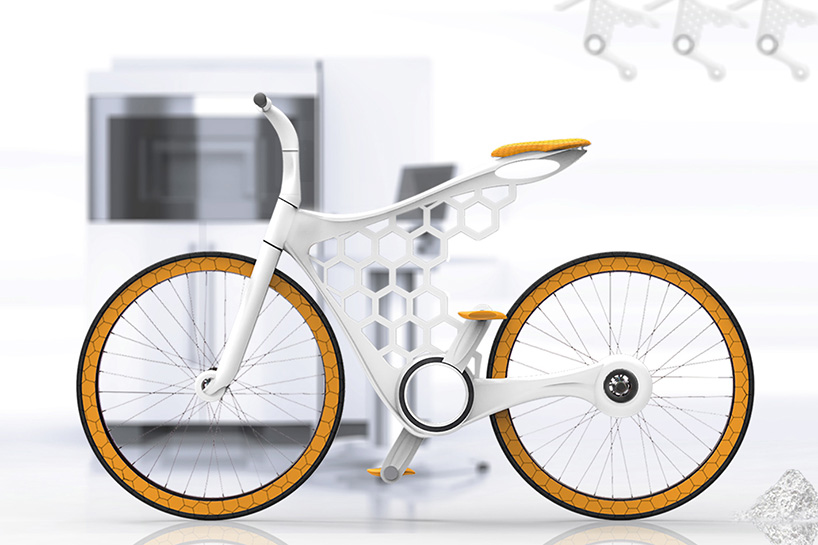 The Luna is features a 3d printed nylon frame, fork, and bar/stem assembly. The ability to customize and make design changes without a tooling investment is a big advantage with 3d printed bike frames.

However, not all of the Luna is 3D printed. Sagiv’s uses a technology called –  Selective Laser Sintering, or SLS.

SLS is a technique that adds to 3D technology by converting data into layers of material that can be compiled on top of one another – according to specifications. This results in parts being lighter, while also increasing durable, strength and resistance to heat and chemical fatigue. Equally, important, it eliminates the expense of further tooling.

The Luna  appears to be a nice addition to the growing genre of 3D printed bikes — and it should turn heads and challenge orthodoxies regarding functionality, affordability, and appearance too. Cool !

London based designer and artist Omer Sagiv started his studies in the Accademia di Belle Arti in Florence, Italy.  This was followed by a degree in industrial design at the HIT, Holon.  Omer moved to London and established his freelance practice.  In 2007, he joined Ron Arad at his prestigious Camden studio, where he benefits from working with cutting edge technologies at a world leading design studio.