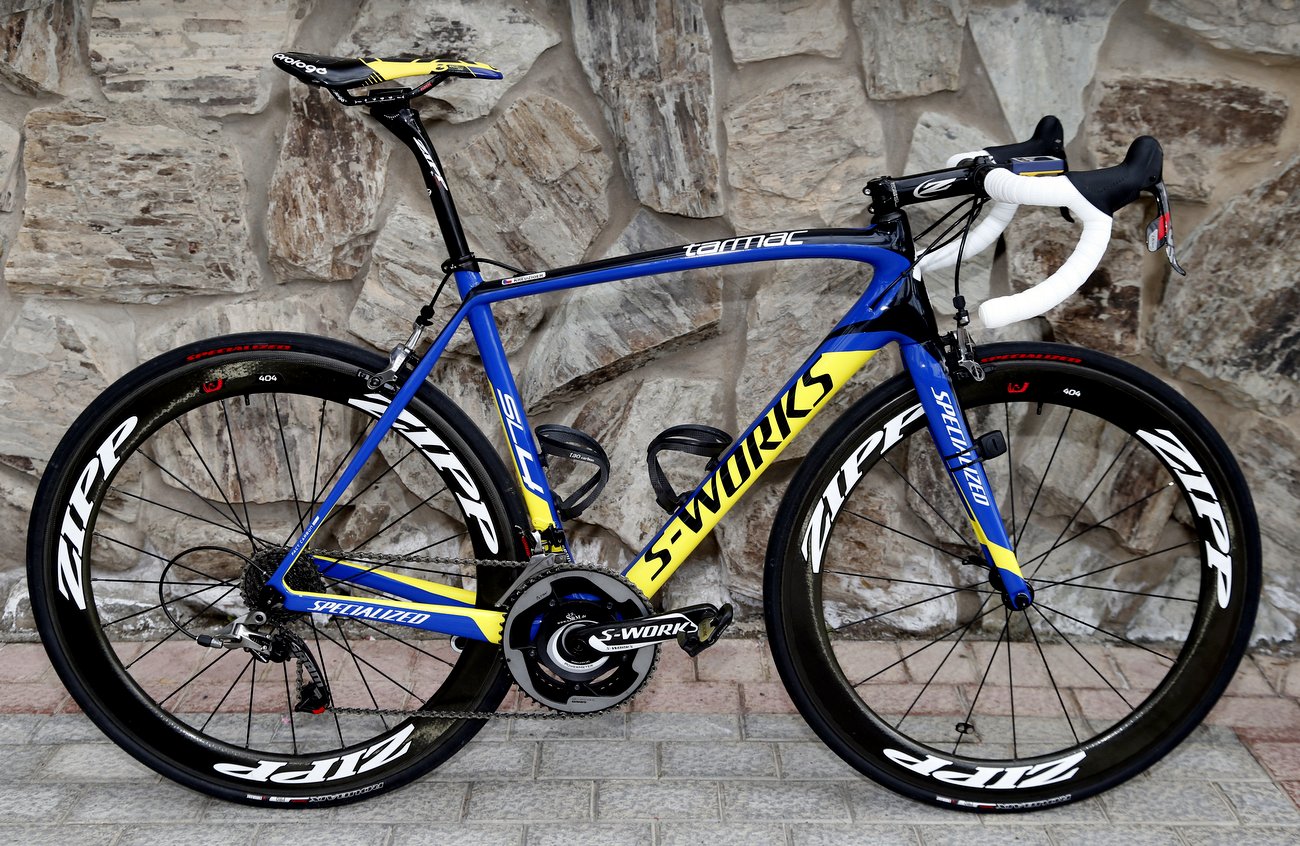 Widespread speculation has circled the internet, regarding the cause behind Alberto Contador’s Specialized bike breaking in half, following a crash during yesterday’s stage 10, which led to the Spanish rider’s withdrawal from the Tour de France.

Initial reports given by the media suggested that Contador’s bike not only broke during the crash, but it may have in fact contributed to his fall. From there, additional reports surfaced, which suggested that the broken bike may not have been Contador’s after all, but rather his teammate Nicolas Roche’s, who offered up his bike to his fallen teammate. To make matters even more confusing, more spurious reports followed, suggesting that the broken Specialized in question, was in fact a spare bike that had fallen off Tinkoff’s team car, which became entangled with Belkin’s team car during the mess.

Needless to say, all of this speculation prompted a quick rebuttal from both Specialized and Tinkoff-Saxo, in an attempt to quell the media frenzy.

“Alberto crashed on a fast and straight part of the descent. He was reaching for his pocket and the bike was swept away under him probably because of a bump or hole in the road. Alberto was in the shape of his life and the entire team had our eyes fixed on the podium in Paris and the work we would have to do to get there”. -Bjarne Riis, Director Sportif, Tinkoff-Saxo

"Teammates were first to communicate the crash to the team car via race radio. Reports from Tinkoff-Saxo are saying their team car was passing closely to a Team Belkin vehicle and bikes on the roof racks became entangled between the two cars causing Alberto’s spare bike to be broken into two pieces. When a racer has a heavy crash, a mechanic will immediately provide a spare bike as a safety and performance precaution.

"As Alberto’s spare bike was destroyed, Nicolas Roche immediately offered his own race bike so that Alberto could continue the race. With the arrival of the second team car, Alberto was provided his own, secondary spare bike. Unfortunately after riding approximately 18km with what is now known to be a broken tibia, Alberto Contador was forced to abandon the 2014 edition of the Tour de France."

"As I helped Alberto up, I noticed his bike was broken  and there was a stream of blood coming from a gash just under his right knee. His wound looked pretty bad but as a rider, my natural instinct was to simply hand him my bike and encourage him to keep going.

"Nico, I don’t know if I can," he said as he hobbled out onto the road.

"As Alberto took off gingerly on my bike, I waited at the side of the road watching what seemed like everybody in the race pass me by. There were cars and groups of dropped riders everywhere, so I held Alberto’s broken bike in one hand and waved the other one frantically in the air, afraid the team car would drive past in the chaos."