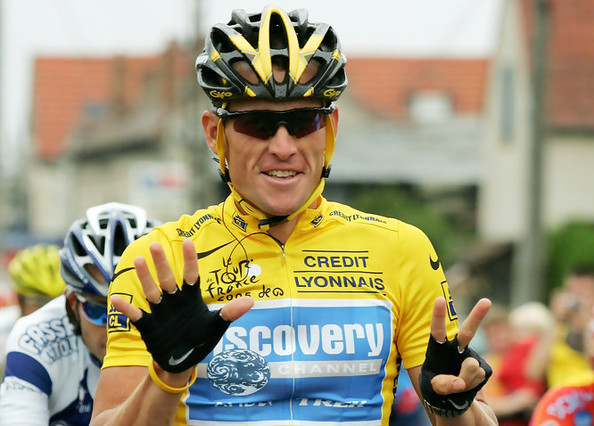 Some Former Tour de France Winners Say: "Give Lance Armstrong Back His Victories"

According to a surrey conducted by the Dutch newspaper, De Telegraaf, 12 out of  23 former Tour de France winners agree that Lance Armstrong should have his seven Tour victories reinstated.

"They should never have erased Armstrong from the list. You can’t change results ten years later. Of course it’s not good what he did but you can’t re-write history," said 1980 winner Joop Zoetemelk.

Of the 25 Tour de France winners who are still alive, Ferdi Kubler and Roger Walkowiak did not respond, 7 disagreed that Armstrong should be given back his victories, 2 had no opinion and Eddy Merckx and Alberto Contador refrained from comment.

However, Stephen Roche, along with senior champions like Felice Gimondi, Federico Bahamontes and Jan Janssenof mostly agreed that Armstrong should be made whole.

"Armstrong should stay on that list." 1987 Tour de France winner Stephen Roche added. "In the 100 year history of the race you can’t not have a winner for seven years. Doping has been part of sport, not only for cycling, for decades. Who tells me Jacques Anquetil won clean. Should we take his victories away? Or why does Richard Virenque gets to keep his polka dot jerseys?"

Of the more recent winners, only Andy Schleck and Oscar Pereiro felt that Armstrong should keep his victories.

"Who remembers who was second place in those races? I wouldn’t know myself. You can’t have seven races without a winner, so just leave Armstrong on the list," said Schleck, who was second behind Contador in 2010 but was declared winner after the Spaniard tested positive.

However, there was a different sentiment from riders like Chris Froome, Cadel Evans and Bradley Wiggins.

"Those seven empty places symbolize an era. We should leave it like it is," Froome answered. Evans and Wiggins both added that sending back the yellow jerseys might be a good symbolic gesture.

Still, others had more introspective responses, that were less black and white.

"Every race that took place should have a winner," said Miguel Indurain, the five-time winner between 1991 and 1995. "But I am not the one to say who should be that winner but if nobody can say that, then Armstrong won these Tours."

"There is no good solution," Pedro Delgado concluded. "If you take away a victory, do it six months to a year after the race. not seven years later. That makes no sense."

When asked by De Telegraaf, Armstrong’s reaction was simply:

"I think it’s better not to say anything to this. Of course I have an opinion but I’ll keep it to myself for now."

As for Tour de France director, Christian Prudhomme, he said:

"Armstrong is history." "And the same goes for the public. You ask the people along the route. It’s clear, his name will not be on the list again. Period."