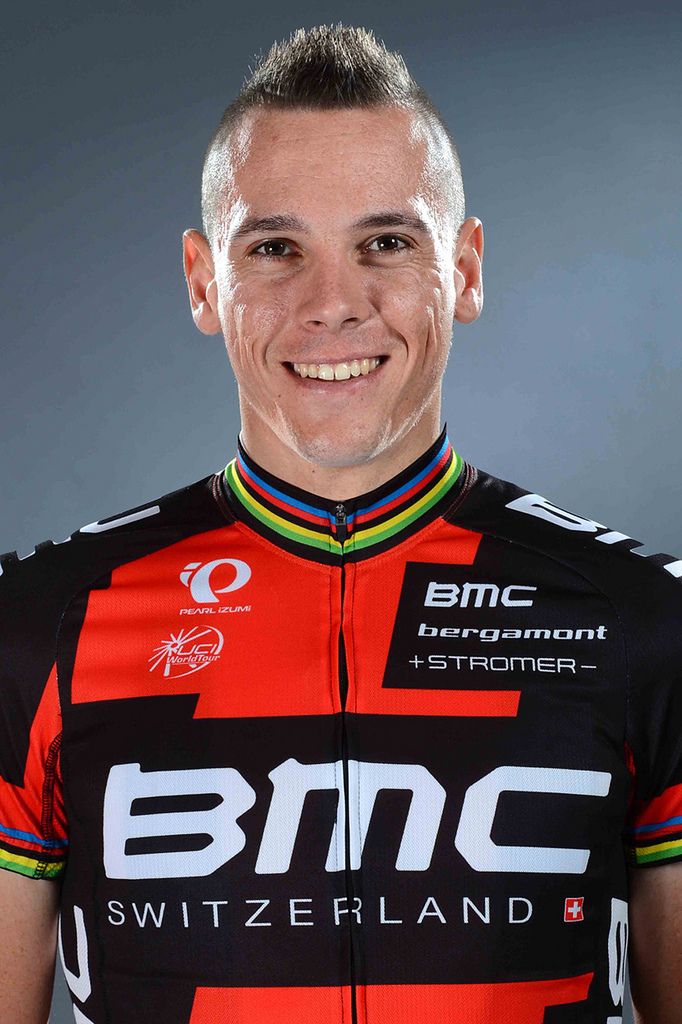 excerpts from Tour of Beijing. com

A new leader in the 2014 Tour of Beijing was crowned after todays second stage with former world champion Philippe Gilbert (BMC) climbing to victory on a shortened 111kilometer parcours at Yan Jia Ping Village.

The stage was shortened due to poor air quality in the morning at the stage’s intended finish in Yanqing which led to race commissaires and the local organising committee already contemplating a change to the finish location when a number of riders asked for an abbreviation. With both groups, along with the teams, in agreeance there was a clear decision on what would occur before racing got underway. Gilbert was in his element on the punchy one kilometre, eight per cent climb to the new finish, overtaking powerful Reinardt Janse van Rensburg (Giant-Shimano) in the last metres to the line to complete the stage in 2:29:02. Another former World Champion, Rui Costa (Lampre-Merida) finished in third place.

“This morning it was raining and there was a lot of pollution in the air and we spoke together with the organisation and the UCI (commissaires) and everyone agreed that they should cancel the last 30km,” explained Gilbert following a ceremonial finish in Yanqing. “It was a good decision and the final was good for me… it was circumstance, I didn’t choose this,” he continued. “I was just lucky to have a finish like this and to finish the job. I’m pretty happy today.” The victory installed Gilbert in the red leader’s jersey, with the Belgian taking a five-second lead into Stage 3 over Janse van Rensburg with Costa a further two seconds in arrears. Overnight leader, Luka Mezgec (Giant-Shimano) finished in 41st place, 16 seconds down on Gilbert. “We have a good team with some good guys,” said Gilbert when asked if he could hold on to the overall lead. “We’re going to try and control this but we’ll take it day by day.” “It’s very important for us to get WorldTour points. We’re third by team ranking and we want to stay in this position.”

Despite conditions being a lot better than expected in Yanqing when the peloton arrived for a 3km ceremonial ride to the finish line, Global Cycling Promotion director Alain Rumpf said without question the right decision had been made earlier.

“We spoke with some riders this morning and we’ve been monitoring the situation from the beginning,” Rumpf said. “The decision that was taken was the only one that could be taken at that time. Timing was very important,” he continued. “We wanted to have a clear situation where everybody started the race knowing exactly what was going to happen.” “The people of Yanqing were very understanding of the situation and the organising committee did an excellent job of ensuring the best result could be made.”

Stage winner, Gilbert, was pleased with the decision.

“It’s always good to take a decision before , organize everything. For me, it’s the first time that I’ve seen a decision taken together. This means a lot because a lot of times in the past, the riders were not listened to and today we took a big step in our sport.”

Final climb gives Tour of Beijing a new leader Despite the shortened stage, a quartet of riders were keen to get moving, with Alexis Gougeard (AG2R La Mondiale), Julian Alaphilippe (Omega Pharma – Quick-Step), Laurent Mangel (FDJ.fr) and Fabio Silvestre (Trek Factory Racing) taking only 1.5km to move off the front of the peloton. With a hilltop finish to decide the outcome of the stage, the peloton never let the group get beyond two minutes of advantage. Alaphilippe was the first of the breakaway four to sit up after 38km with the gap hovering at 1:20. Silvestre, Mangel and Gougeard kept a consistent order over the two sprint primes of the day, with Albert Timmer (Giant-Shimano) and Thomas Dekker (Garmin-Sharp) cleaning up the remnant points back in the bunch.

The gap was closer to a minute by the time the Cat. 3 climb to Tun Jun Pu Village with Gougeard taking the spoils ahead of Silvestre and Mangel with overnight KOM classification leader Tosh van der Sande (Lotto Belisol) claiming the remaining points back in the peloton to keep a hold of the polka dot jersey. Giant – Shimano, Orica – GreenEdge and Garmin – Sharp shared pace-setting duties and with just over 20km remaining, the breakaway’s advantage dipped to under a minute. The stage’s most aggressive rider, Mangel, was defiant in his attempts to stay clear of the peloton but he was caught with just over 3km to go. An attack from Tinkoff-Saxo’s Manuele Boaro followed with the race’s big names, including Gilbert, Costa, Dan Martin, Ryder Hesjedal (Garmin-Sharp), Edvald Boasson Hagen (Team Sky) and Rigoberto Uran (Omega Pharma-Quick-Step) ensuring they were in good position up the winding finish.

“It was not easy because when you have the final in the race book you can see the last 5km, here we didn’t have the information,” Gilbert explained. “Luckily we had the radio and the soigneurs did recon for us and the sport directors told me where the corners were and where the wind was coming from. “I was just waiting and Van Rensburg passed me and I was just waiting on the last 100 meters to pass him.”