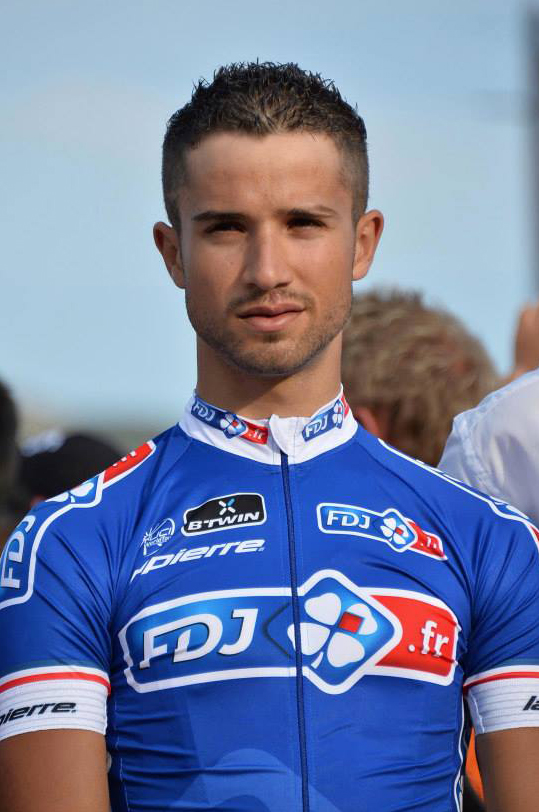 Nacer Bouhanni sprinted to victory in stage 4 of this year’s Tour of Eneco today, during a crash marred sprint that caused the peloton to splinter during it’s approach to the finish in Ardooie.

Bouhanni had latched onto Jens Debusschere’s wheel – subsequently coming around the Belgian Champion, while also holding off a late charge from a determined Luka Mezgec – to seize the victory.

Only 15-or-so riders contested the sprint after a sizable pile-up caused carnage amongst the field during the final 250 meters.

Yesterday’s winner, Zdenek Štybar, was the worst affected, as the Czech rider was seen hitting the deck face-first after colliding with the barriers.

Fortunately for race leader, Lars Boom, he emerged from the melee unscathed, ensuring his four-second lead over Tom Dumoulin.

The race switched from Holland to Belgium during the fourth day of racing, and Kenneth van Bilsen and Frederik Veuchelen were the first two riders to form the day’s initial break.

However, once van Bilsen had swept up the maximum points in the first intermediate sprint, he deliberately dropping off the pace- leaving his companion out from with the untenable task of riding solo – with 135 kilometers of racing still ahead.

Despite maintaining a sizable gap of 6 minutes over the chase, Veuchelen was eventually caught during the final 25 kilometers.

As the race headed toward the finish, both Stybar and Sep Vanmarcke seized the opportunity to pick up some intermediate sprints points. However, as fate would have it, the Czech rider subsequently got caught up in the dramatic crash filled finale.

In the meantime, Bouhanni managed to avoid the crash -claiming the stage win with one of his typical well-timed surges.