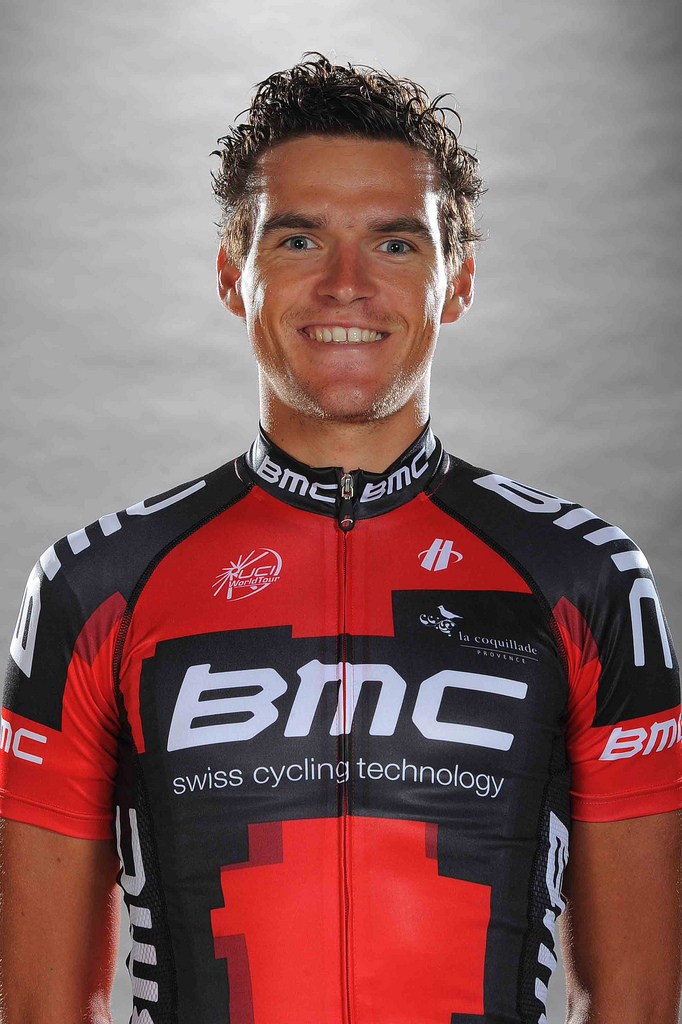 Greg Van Avermaet (BMC) claimed stage 5 of this year’s Tour of Eneco, after beating Tom Dumoulin (Giant-Shimano) and Pavel Brutt (Katusha) on the final climb of the Muur van Geraardsbergen.

A four-man breakaway group containing Jens Debusschere (Lotto-Belisol), Matteo Trentin (Omega Pharma-QuickStep), Pablo Lastras (Movistar) and Ivan Rovny (Tinkoff-Saxo), got underway early on in today’s stage. However, as foul weather and difficult terrain took its toll on the escapees, only Lastras and Trentin managed to stay out front until the final loop.

Back in the peloton, Team Belkin did much of the work at the front, with the goal of keeping their leader, Lars Boom, in the hunt for another stage victory. However, BMC did their part to keep things animated, with their rider, Sylvain Dillier, launching an attack off the front, despite the two escapees still out front with more than a two minute advantage.

Nevertheless, the Swiss rider was soon reeled back in, with subsequent attacks emerging from the peloton. Indeed, with 20 kilometers remaining, Boom decided to make a go of it himself, with Philippe Gilbert (BMC) quick to respond. However, their attack was to no avail, as both men were shortly reclaimed by the peloton.

With 3.5 kilometers to go, Lastras and Trentin were eventually reeled in by the chase, as the peloton made it’s way to the climb of the Muur.

Laurens de Vreese (Topsport-Vlaanderen) was the first rider to signal an attack at the base of the climb. However, his move was quickly countered by Brutt, who continued to lead the charge up the climb.

However, with 500 meters remaining, Van Avermaet was able to swing past him and Dumoulin – ultimately making his way through the last there corners to sail to victory.

Despite finishing within the main group. Boom was unable to challenge Dumoulin for the bonus seconds. And, therefore, had to surrender the overall race lead to  him.

Dumoulin now leads the race by two seconds, with Quinziato moving down into third place at 11 seconds behind the Giant-Shimano rider.