Tyler Hamilton Saddened But Stands By His Words About Bjarne Riis 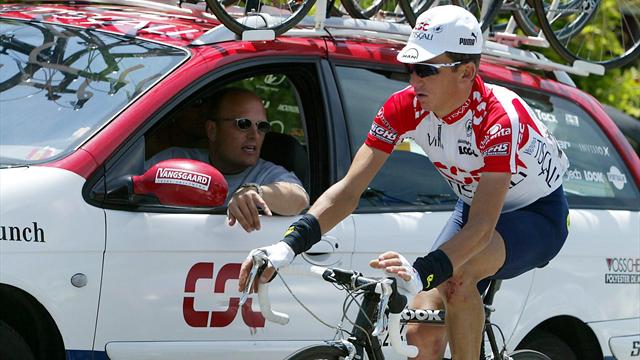 Tyler Hamilton says he has no regrets over the doping allegations in his book that sent his former team manager Bjarne Riis into depression.

In a documentary shown on Danish broadcaster DR that aired last night, Riis revealed the increased media attention since Hamilton released his book ‘The Secret Race’ at the end of 2012 has plagued his mental health. Hamilton – who rode for Riis’ Team CSC from 2002 to 2003 – alleged the Dane was aware of the doping culture within his team and even encouraged it.

In 2007 Riis admitted to using EPO during his 1996 Tour de France win, but has denied Hamilton’s allegations, and those in the recent autobiography of another of his former riders, Michael Rasmussen.

Hamilton tested positive for a blood transfusion in 2004 and was banned again in 2009, yet only came clean two years later.

"It makes me extremely sad to hear . But the truth is hard sometimes, and I had to tell," Hamilton told DR. "It’s sad that I had to say this about really good people like Bjarne Riis, but as soon as I started to tell the truth, it felt so good.

"If all this had not happened to me, I probably would continue along the same path as Bjarne. I was the one trapped in my own prison. He’s got to be honest with himself and others. He needs to talk. Because secrets will eat you up inside.

"I love the man , he is a great person. Good people get caught up in crazy things. He didn’t invent doping. He was one of those caught up in it.

"We all know that Bjarne is a special person. I have never met a person like him, and will probably never meet someone like him again."