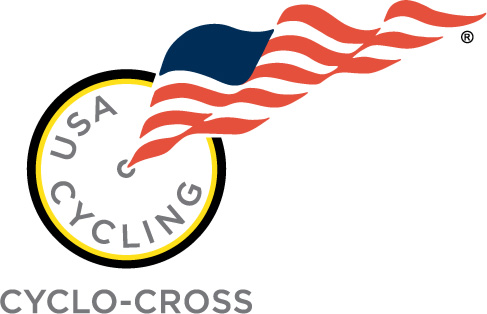 Colorado Springs, Colo. (August 29, 2014) — The 2014-15 edition of the USA Cycling Professional Cyclo-cross Calendar (Pro CX) begins on Sept. 6 and runs through Jan. 4, and will once again feature a $40,000 prize purse to be split between the top riders in each of the men’s and women’s standings at the conclusion of the season. The 2014-15 edition of the Pro CX calendar features 44 dates on the domestic schedule, including the addition of two C1 events which brings that total to eight for the coming year.

Along with the prize money offered, two new initiatives are in place for the 2014-15 campaign:

All riders who finished in the top 20 in last year’s Pro CX have been given the option to have a permanent number. Numbers range from 2-99, with #1 being reserved for race directors to assign as they wish. Riders may keep their numbers as long as they remain in the top 20 of the Pro CX following each season.

In addition, there are new qualifications to enter into the elite categories at Cyclo-cross National Championships. Invites for the elite divisions will ONLY be offered to:

Also, riders will NOT be able to compete in BOTH Elite and Masters categories at the Cyclo-cross National Championships. They can only race in one of those two divisions, but may also enter a single speed and/or non-championship division.

This year’s calendar features at least one event in 18 different states around the country, beginning on Sept. 6 with the first of two consecutive days of Nittany Lion Cross in Breiningsville, Pa. It continues under the stars in Las Vegas, Nev., on Sept. 10 with Clif®Bar CrossVegas, the first of the calendar’s C1 races. The spotlight quickly moves to Colorado as riders vie for points in the Colorado Cross Classic and the Boulder Cup in Boulder, Colo., on Sept. 13-14. The Trek Cyclo-cross Collective Cup in Waterloo, Wis., and Charm City Cross in Baltimore, Md., will each be held Sept. 20-21. The action remains in the northeastern United States the following weekend as riders will compete in the Great Brewers Gran Prix of Gloucester 1 and 2 in Gloucester, Mass., Sept. 27-28 before the focus shifts to Providence, R.I., Oct. 4-5, when riders will compete in the Providence Cyclo-cross Festival.

The following weekend, Rochester, N.Y., will be the site of Ellison Park Cyclo-cross Festival on Oct. 11-12. The Pro CX circuit continues in the east with the HPCX in Jamesburg, N.J., Oct. 18-19, before heading west to St. Louis, Mo., for the Oct. 25-26 Gateway Cross Cup. On Oct. 31, the focus will be in Fairfield, Ohio, where riders will compete in the Cincy3 @ Harbin Park before traveling to Mason, Ohio, to contest the Cincy3 @ Kings CX After Dark on Nov. 1. The action that weekend concludes in Covington, Ky., where riders will compete inCincy3 @ Devou Park on Nov. 2. Covington will also be the site of the Pan Am Continental Cyclo-cross Championships that day, a non-Pro CX event that features races for elite women, U23 men and juniors men. Also on that weekend, riders can compete on the east coast at theNEPCX- Cycle-Smart International on Nov. 1-2 in Northampton, Mass.

From there, the riders return to the site of the 2013 UCI Cyclo-cross World Championships, Louisville, Ky., to contest the Derby City Cup on Nov. 8-9. In the middle of November, the Pro CX action will be in Iowa City, Iowa, as the 3 Day Carousel Volkswagen Jingle Cross is slated for Nov. 14-16. Riders will then travel to Stony Point, N.Y., to compete in Supercross Cup 1 and 2 Nov. 22-23. The following weekend, riders can burn off those Thanksgiving calories on either coast with the CXLA Weekend in Los Angeles or the Baystate Cyclocross in Sterling, Mass. Both races are slated for Nov. 29-30.

The week after Thanksgiving, Dec. 6-7, will feature more bi-coastal action as riders can score points in Warwick, R.I., at the NBX Gran Prix of Cross and Deschutes Brewery Cup in Bend, Ore. The calendar includes a pair of races in Hendersonville, N.C., on Dec. 13-14, the North Carolina Grand Prix, before concluding in the New Year with the Kingsport Cyclo-cross Cup in Kingsport, Tenn., on Jan. 3, and theResolution Cross Cup on Jan. 3-4 in Dallas (Garland), Texas. Both those races will serve as final tune-ups for the 2015 USA Cycling Cyclo-cross National Championships in Austin, Texas, Jan.7-11. The national championships are a non-Pro CX event.

Those eight races are listed below:

For a complete look at the Pro CX, click here.